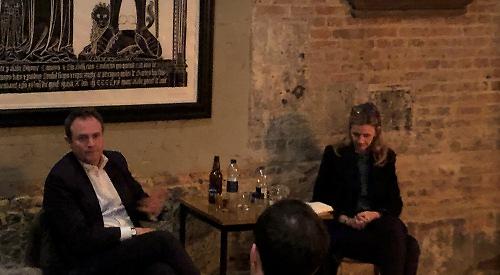 He spoke to Alice Thomson, a journalist with the Times, in front of an audience of dozens of people. Mr Tugendhat, the MP for Tonbridge and Malling, covered issues such as Brexit and the future of the Conservative Party as well as taking questions from the audience.

The event was the first in a series of “barnstorming” talks organised by Ted Christie-Miller, from Swyncombe. He said: “It was a great event and thanks to it being off the record, Tom was able to be frank and honest in his arguments, which was greatly appreciated by the audience.”

The next talk featuring Bournemouth East MP Tobias Ellwood will be in Britwell Salome on June 20.