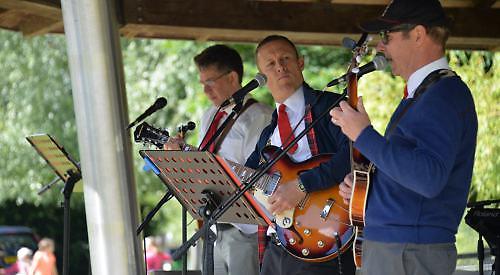 About 60 people watched them perform songs including Dancing Queen by Abba, Crazy Little Thing Called Love by Queen and Run To You by Bryan Adams.

Mr Richardson, whose children Felix, 11, and Didi, nine, attend the school, said: “It was great fun and we had lots of positive comments from the audience during and afterwards.”