Teenager bidding to swim the Channel for charity 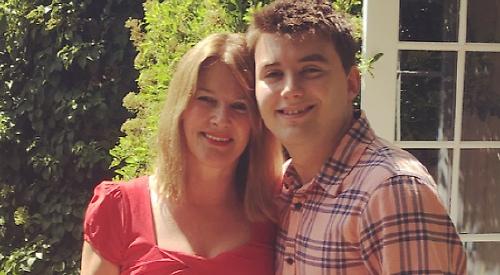 A TEENAGER from Peppard is set to swim across the Channel next week.

Henry Bell, 19, of Blounts Court Road, who has Asperger’s syndrome, is part of a six-strong relay team attempting to complete the
21-mile challenge.

They will be raising money for the Alzheimer’s Society as the father of their captain Stephen Gould suffers from the condition.

Henry, who lives with his parents Robert and Rebecca and brother Jamie, 26, has been open water swimming since he was aged 10 and is confident of success.

He said: “This is the toughest challenge I have ever done but I am 100 per cent confident I will make it all the way.

“At the end I will think ‘what an amazing achievement’.”

The team are called Tri 50 and four of the other five members are all in their fifties.

They are due to depart from either Shakespeare Beach or Samphire Hoe, near Dover, sometime between Wednesday next week and Tuesday the following week, depending on the weather. They will start at about 2am.

They aim to reach land at Cap Gris Nez, near Calais, about 12 hours later.

Each swimmer will take it in turn to spend an hour in the water while the others rest in the support boat.

During the 12-hour swim, the team will have to contend with not only sea temperatures of as low as 6C and 2m waves but also seaweed, jellyfish and even sharks as well as passing ships.

Although the channel is 21 miles across at its narrowest point, the swimmers will actually complete at least 28 miles because of tidal shifts.

The team is following English Channel swimming rules, which mean each member can wear only one textile swimsuit not extending below the knee, one latex hat and one pair of swimming goggles.

They will be disqualified if any of them touch the boat or each other while in the water.

Henry has been training with Henley Open Water Swimming Club over the winter, completing 5km and 10km swims in the River Thames.

He said: “It’s amazing what we are doing. I am looking forward to the camaraderie, the jokes and doing my best. It’s just an adventure and makes me feel happy.

“When I’m swimming I get my head down and I feel at home. It’s peaceful and a bit therapeutic.

“The toughest thing will be the change in the water conditions and when you are tired still having to do it. It’s obviously not a walk in the park but it should be fun.

“The team has supported me and they are very friendly and happy. Some of them are ex-military and very rough and tough and they just get on with it.

“There will be loads of marine life like jellyfish and some of them have very long tentacles but I am not really concerned about that.

“The sting is nothing  — it’s just like being stung by a nettle. I am 100 per cent confident I will make it all the way.”

In 2014 and 2015 Henry came second in the elite category at the Padstow to Rock Swim in Cornwall and the following year he won it.

In the summer of 2016, he also won bronze in the junior men’s Henley Classic. The following year he took silver and last year it was gold.

Mrs Bell said: “Henry has always said he wanted to swim the Channel. This is his chance.

“This has been really good for him. He doesn’t make friends easily but he has made lifelong friends and they all love him and they’ve all bonded. They are really supportive and lovely.

“Henry really does love it and he has been doing a lot of training since September with the open water swimming club. They are such a lovely, friendly bunch.

“Stephen’s father has got quite advanced Alzheimer’s so Stephen has masterminded the whole thing.

“I got a phone call from Jo Lewis asking if Henry would be interested in joining the team because Jo used to train him and knows that he’s an exceptional swimmer and has the endurance to meet the challenge.”

Mrs Bell said she was worried about being in the support boat for such a long time.

“It’s the seasickness because you are on the boat for 14 hours,” she said. “I have never been on a boat in the middle of the ocean.”

The Channel is one of the busiest shipping lanes in the world with 800 tankers passing through daily along with 200 ferries, seacats and other vessels.

Mrs Bell said: “It’s very busy but we are on a boat where the captain does this all the time. He knows what he’s doing.

“It will be fantastic to get within sight of France. It’s going to be absolutely incredible when that happens.

“When they arrive, the first swimmer has to run up the beach without turning around, grab a French pebble, turn around and hold it up. Then they have achieved the swim.”

She added: “I think Henry wants to carry on swimming because he just loves it and it’s a challenge. It’s really good for his mental health and is something he loves.

“He feels really happy afterwards. It’s just the freshness of being in the water. Even cold water can be really good for you.”

The team has been acclimatising to conditions in the Channel. Three weeks ago they practised getting in and out of a boat for six hours while at sea in Eastbourne.

They also completed a two-hour acclimatisation at Durley Chine beach in Dorset in early May.

Nirvana Spa in Wokingham, where Mr Barley is the managing director, is sponsoring the challenge. The business has paid for the support boat, a Dutch motor cruiser called Gallivant, and its pilot Michael Oram.

Mrs Bell, who is a professional singer, is also raising money for the Alzheimer’s Society by holding a recital called A Summer Serenade of English Music at All Saints’ Church in Peppard tomorrow (Saturday) from 7.30pm to 8.30pm.

Rev James Stickings, the rector, and pianist Anthea Fry will join her and the recital will be followed by a retiring collection.

The team hopes to raise more than £5,000 and has already passed the halfway mark.

Mrs Bell said: “It would be brilliant if we could get more than that.”