Town not to enter Bloom contest 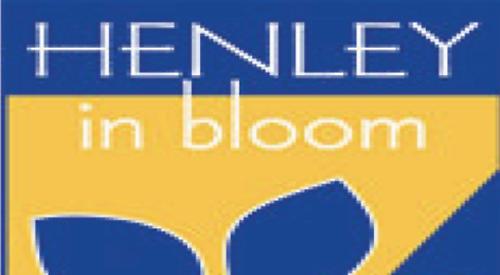 HENLEY will not enter this year’s Britain in Bloom competition.

The town won gold in the Thames and Chilterns regional competition last year for the seventh time in eight years but failed to take the title of best town for the fourth year running.

The decision not to enter was made by the Henley in Bloom committee on Thursday last week.

Deputy Mayor David Eggleton, who chairs Henley in Bloom, told members that the parks services team had been affected by the loss of two wardens and this would affect its ability to prepare for the competition.

In addition, the future of the Gardening Buddies, the volunteers who traditionally help the parks services staff, was in doubt as organiser Jan Sutton was moving to Sussex. Martin Sheldrake, general manager of Toad Hall garden centre, was also leaving, having supported the Buddies and Henley in Bloom for many years by donating plants.

Councillor Eggleton said it would be hard work for staff to enter the competition with less support and he did not want standards across the town’s green spaces to drop.

“I think we need to step back this year and not enter,” he said. “That doesn’t mean to say that we will not do exactly the same as we do every year when we make our town look fantastic for the people that live here and the visitors.”

Parks manager Karl Bishop agreed, saying: “Unfortunately, we have lost two members of staff and we’re in the process of recruiting. We’re looking for experienced members of staff but we’re going into the new season two men down at the moment.”

Mr Bishop thanked both Ms Sutton and Mr Sheldrake, whom he described as a “great asset” to Henley in Bloom.

He said: “With Jan leaving the Gardening Buddies, it just feels like we have taken too many blows.

“I feel it’s probably a good thing to take a step back and maybe regroup and try to get some new volunteer groups or even try to recruit for the ones we have.”

Mr Bishop assured committee members that the town’s green spaces would still be re-entered for the Green Flag award. This recognises the town’s parks for the quality of facilities.

Catherine Notaras, of the Greener Henley Wildlife Group, was disappointed that the town would not be entered in Britain in Bloom.

“It’s such a shame,” she said. “I understand how difficult it is with the lack of people to take these things on board. I regret it because it does keep people on their toes.”

Mr Bishop replied: “We will still strive for that high standard like we always do.”

He said: “As long as you set your standards and keep to those standards, I don’t see the problem.

“The large majority of the people in Henley do not know anything about Britain in Bloom and the majority just like to see it clean and tidy and a few flowers here and there. I think the majority of the town is fairly clean. Occasionally we have a problem like, say, the regatta.

“The big problem is the local people complaining. How many complaints do we get from visitors? I think people who live here look at the pavements and visitors look at the buildings and shops.”