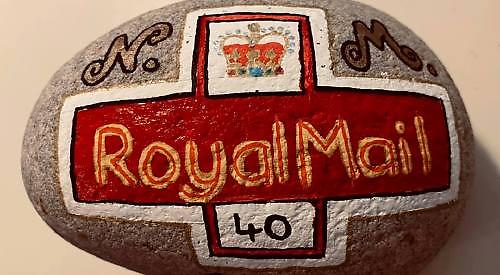 A POSTMAN was inundated with gifts as he celebrated 40 years’ service with Royal Mail.

To thank him, villagers left presents for him on their doorsteps following an appeal on social media by Shirley Phillips, who lives in Sonning Eye.

Almost 80 people responded so that when Mr Maslen was doing his rounds on June 2 — his 59th birthday — he found wine, beer and gift vouchers left out for him.

Mr Maslen, who lives in Lower Earley with his partner Amanda, said: “My line manager was involved and before I went out on my deliveries he said to keep an eye out because there might be a couple of bottles.

“I had only done Pearson Road and I already had six bottles. It was an incredibly crazy and amazing day. Sonning is a great area to deliver to. The people are so friendly and when the sun is shining the village looks beautiful. Being social is just part of the job for me.”

The gifts continued for several days as he only visited homes that had deliveries.

He also received a set of cufflinks, painted stones and wooden spoons decorated as a postman.

Miss Phillips said: “Lots of us wished Nigel well as he is the best postman we could possibly have. He is just so lovely and helpful. He will go out of his way to find someone to sign for a parcel rather than taking it back to the depot.

“I have never seen him without a smile and he is friendly and will wish you a ‘happy birthday’ if he notices you have lots of cards. Everybody loves him.”

Miss Phillips is a reception teacher at Rivermead Primary School in Woodley and lives with her partner Jamie Holmes, a mechanic, and son Scott, 12.

She has lived in the area for 15 years and Mr Maslen has been her postman for all that time. She said: “I wondered if it would be worth seeing if people wanted to celebrate his 40 years somehow.

“Everybody is celebrating the NHS, which is fantastic, but there are lots of people like Nigel working hard as well.

“Everybody was up for it and there were quite a lot of people involved — it was a real community effort.

“We were a bit worried it would have been his day off, so we did some detective work and had a friend of a friend message him to see if he was working on that day. The fact that it was his birthday as well was just a coincidence.

“We wondered how many houses he would visit before he realised there was something going on.

“We were hoping he would have 40 gifts for each year but it was much more than that. The boot of his van looked incredibly full.”

Mr Maslen said he was happy to continue delivering the mail.

“As long as I am able to keep going at the pace I am going at, I am quite happy to carry on,” he added.