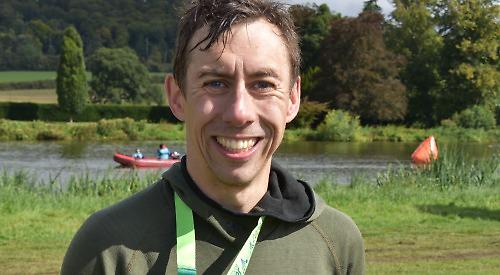 It began with the Henley Classic, which was originally due to take place in June, but was cancelled because of the coronavirus pandemic.

A total of 123 people took part in the 2.1km swim with Vicky Cunningham the fastest home in 27 minutes and 29 seconds. She was also the fastest woman at the event in 2018.

Matt McQuillan was the fastest man in 27 minutes and 39 seconds.

In the junior category, Alfie Baum was the fastest boy recording a time of 27 minutes 41 seconds while Maya Alexander clocked up 33 minutes 27 seconds.

Laura Reineke, a member of the Henley Open Water Swimming Club, was the fastest swimmer in the Masters 45-54 category, finishing in 40 minutes and 27 seconds.

The fastest adult mile was recorded by Simon Griffiths in a time of 20 minutes 26 seconds. He is the editor of Outdoor Swimmer Magazine.

A total of 150 juniors took part across all the events, including 20 in the 200m Splash for eight- to 12-year-olds in which Kyla Holt and Ethan Brown were the fastest girl and boy respectively.

There was also a half-mile swim for those aged nine and over and a mile-and-and-half swim for club swimmers.

Other challenges included Suits versus Skins, where swimmers completed two swims, one in a wetsuit and another without.

Tamsin Runnalls, from Sonning, took part in the 200m swim with her daughter Poppy, eight.

Janet and Vince Singleton, from Ipsden, swam the mile with their son Lloyd, 14.

Mrs Singleton said: “This is the first year Lloyd has been able to do the mile. We thought it was going to be colder than it was.

“When we first arrived it was very grey and then the sun came out, which was nice, and the water was probably warmer than being out.”