Ideas wanted for how to replace Christmas festival 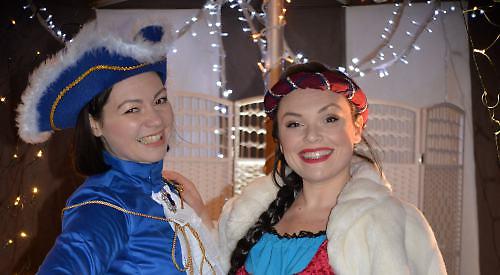 HENLEY’S Christmas Festival is unlikely to go ahead as normal this year.

But the council is exploring ways to market the town as a festive “shopping destination” in the run-up to December 25.

The 30th annual festival is due to be held in the town centre on the evening of Friday, November 27.

Traditionally, it features the switching on of the town’s Christmas tree lights and there are also fairground rides, food stalls, carol singing and stalls run by businesses, charities and community groups to promote themselves.

It is attended by thousands of residents and visitors.

The council has not made a final decision on whether it will go ahead this year but members of the events sub-committee have agreed that it would not be practical to stage it in its usual format.

Instead, they suggested investing more money in decorating the town to attract footfall.

Similar events across the country have already been cancelled due to the coronavirus pandemic and the Government has forbidden gatherings of more than 30 people.

The Henley Living Advent Calendar, which would have run from December 1 to 24, has already been cancelled due to concerns about the potential for a second wave of the virus.

Councillor Sarah Miller, who chaired the virtual meeting of the sub-committee, said: “A lot of people are cancelling these.

“We need to start thinking of ways that we can still, perhaps, have an event but scaled back.

Councillor Kellie Hinton said: “How can we possibly organise something that we know more than 30 people would attend?”

She said the Regal Picturehouse cinema in Boroma Way had shown interest in having a grotto for children but this would require bookings to avoid queues.

Laurence Morris, who runs a menswear shop in Duke Street, said it would not reflect badly on the council if the festival was cancelled. He continued: “It would be nice if we could make Henley a Christmas shopping destination so that we are attracting people.

“We need to encourage every shop to have a fantastic Christmas window.

“In the past some of the themes have been slightly questionable but we need to think about Christmas in Henley and allow independents to decorate their windows. That way it wouldn’t be a specific event.”

Helen Barnett, town and community manager, said she did not have a budget to increase the amount of Christmas lights.

“We need to create a raft of different things that create interest at different times. We could do it for a month to encourage people to come into town and spend their money.

“If we come up with some smaller ideas, we could enhance people’s experience.”

Cllr Miller said: “We can’t have any events but we can try to make Henley a bit more Christmassy and I like the idea of all the retailers snazzing up their windows.

“There is no reason why we can’t run some carols through a speaker each day.”

Cllr Hinton said she would be in favour of having a reindeer pen again but in a more open location than Friday Street.

She said: “It is just another idea to make it a bit more Christmassy and we love the reindeer.”

Other ideas included a rewards scheme, where shoppers would have to spend a certain amount of money in different shops to earn a prize.

Mr Morris said: “I think it works for cafés and lower-priced items when you go back on a regular basis, but for higher value items it is probably not something that will work.”

The sub-committee heard that Invesco had once again agreed to sponsor the town’s Christmas tree.

If you have an idea for a Christmas attraction, email h.barnett@
henleytowncouncil.gov.uk