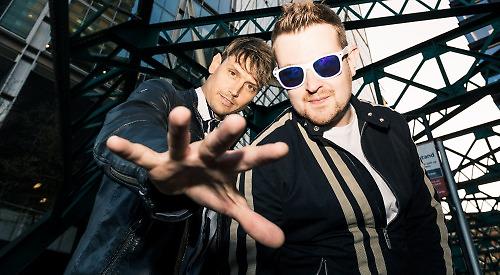 A MUSICIAN from Henley is to stage his second lockdown festival this year.

Jayson Jaurigue says the virtual Sounds Purple Festival next weekend is designed to cheer people up.

He organised the Henley Lockdown Festival in May, which raised more than £22,000 for the NHS and Riverside Counselling.

Mr Jaurigue, who owns the Eight Ray Music agency, said: “We want to bring happiness and joy into people’s homes. We are all in this second lockdown together.”

The festival will begin on Friday evening with non-stop live music from 7pm to 11pm with the theme of “Delivergroove”.

There will be an interactive chat feature where viewers can request songs and the band Playlist Live will perform covers from 7pm to 11pm. nThe Saturday session is called “Now that’s what I call lockdown” and will take the audience from the swinging Sixties to the Noughties.

Artists including Coyote, Bloc off the Wall and beatbox group DUKE will perform a set playlist of the biggest hits from each decade for one hour from 6pm to 11pm.

The following evening will be “Sunday Symphony” from 7pm to 11pm with pianist and composer OKIEM, who performed at the previous festival. This time, he will be supported by the Infinity Orchestra.

Other acts will include Belle Noir, who featured on The Voice, and Kevin Davy White, who reached the finals of The X Factor.

Mr Jaurigue, also known as JJ, wants to support musicians who have been unable to perform for most of this year because of the coronavirus pandemic. He said: “It is a really tough ride at the moment. The Sounds Purple mission is supporting musicians in the live music industry.

“Musicians are being affected financially but I’ve been speaking to them over the last couple of months and they are obviously suffering mentally too because they are being stopped from expressing their art.

“What I’m trying to do is give them a platform. It is the same concept as before — everyone loves live music and we are all in this second lockdown together, so there will be people out there who aren’t musicians that will be affected mentally too.

“We want to bring happiness and joy into people’s homes. There is a lot of partying and high-energy stuff on the first two days and the Sunday is all about the classical and uplifting side.”

Twenty per cent of the money raised by the festival will be divided between Riverside Counselling, which is based at Northfield End, Henley, and Equality is Legacy, a national charity providing opportunities to the BAME community.

Mr Jaurigue, who is an ambassador for the latter, said: “It is a new charity that started up after the George Floyd incident when people became more aware of Black Lives Matter. It empowers BAME business owners and we are supporting a lot of black artists with this event. Riverside Counselling

also do amazing work and I want to help them as much as I can. Mental health is such a big problem right now and I feel very passionate about that. I want to raise as much money as possible but the main thing for me is for the musicians to feel happy with what they get from it.

“Live music will come back and that is the best way to experience music, but I think hybrid events will be important moving forward.

“Without musicians, there is no business for Eight Ray Music and there is no happiness for people. We’ve got to support and protect them.”

Mr Jaurigue, who lives in Station Road, said the Henley Lockdown Festival had been good experience for him.

He has launched Eight Ray Sounds, which aims to deliver bespoke music for TV, film and other commercial opportunities.

He said: “I’ve been trying to think of ways to diversify. All our income was in delivering events and gigs, so we’ve had to find a way around it.

“This was about restructuring the business and building new relationships. We’ve also been working on our virtual offering off the back of Henley Lockdown. We learned a lot from that and it has given us the confidence to go to people and say we can deliver an event in this way.

“A lot of my clients have gone virtual this year because they haven’t had any other choice.

“The main vision of Sounds Purple is to build a community to empower music fans to get behind artists.

“A lot of fans haven’t gone to gigs and they need live music in their lives but before we can deliver that we have to help the musicians first. I see it as my mission to keep that going.”

Tickets cost £8 per day until Sunday and rise to £10 thereafter and you will receive an email with a link to watch the stream.

The three events will be live streamed by TicketCo TV. All performances are recorded at Playlist Live in central Reading.