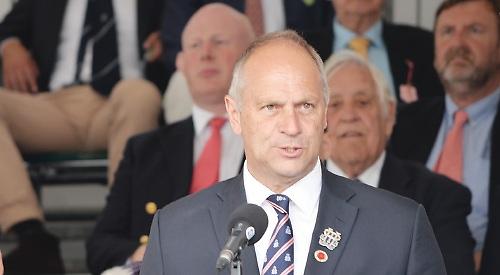 HENLEY Royal Regatta is still set to go ahead this summer... at least for now.

Organisers have decided to postpone the event to mid-August in a bid to avoid a second cancellation in as many years due to the coronavirus pandemic.

However, it may have to take place with a limited number or even no spectators and could also be moved to Dorney Lake in Buckinghamshire, where the 2012 Olympic regatta was held.

The regatta could still be cancelled if it was thought the event could increase the spread of covid-19.

A final decision will be announced by the end of March at the latest.

The Henley Festival, which usually takes place on the same site in the week after the regatta, says it still hopes to stage an event.

The Thames Traditional Boat Festival, which is due to take place the following week on the opposite bank of the Thames, is hoping to go ahead as planned. All three events were cancelled last year, the regatta for the first time outside war years in its 181-year history.

The regatta, which attracts hundreds of thousands of visitors to the town, was due to be held from Tuesday, June 29 to Sunday, July 4.

It has been pushed back to August 10 to 15, or at Dorney on dates to be confirmed.

The decision to postpone was made “reluctantly” by the regatta’s management committee and announced on Monday by its chairman Sir Steve Redgrave. The five-time Olympic rowing champion said: “The committee has decided against outright cancellation at this stage and is instead exploring the potential to stage the regatta in August in Henley, should conditions allow or, if not, at Dorney Lake.

“Despite the positive news about the vaccine rollout in the UK, the timing of the easing of the current lockdown restrictions and a safe return to the staging of large-scale outdoor events remains highly uncertain.

“In particular, it has become increasingly apparent that we cannot start the installation of the course and the construction of the site in March with a reasonable expectation that it will be possible to stage a regatta starting on June 29. In addition, even if by then a regatta were to be possible, with either a limited number of spectators or ‘behind closed doors’, access to the wider area around the regatta site is not within the stewards’ direct control.

“This is likely to present a level of operational and public health risk that would be unacceptable to the regatta as well as its stakeholders, including local authorities, public health officials, the police and local residents.

“The committee will strive hard to deliver a safe regatta later in the summer, in particular for the sake of the athletes and coaches who have worked tirelessly to give themselves the chance to race at Henley this year and for whom Henley is an unrivalled beacon in the annual racing calendar.

“However, our highest concerns will remain the health and safety of all those involved in the staging and running of the regatta, wider public health and the regatta’s role in society’s efforts to limit the spread of covid-19.

“The possibility therefore remains that the 2021 regatta may ultimately be cancelled. Nonetheless, for now, the committee is actively engaged in the evaluation of two principal scenarios, a regatta at Henley from August 10 to 16 or alternatively, given the exceptional circumstances, at Dorney Lake on dates to be determined.

“We recognise and regret that these revised dates will present a challenge to many in the sport, especially school and university boat clubs.

“They will also present a challenge to our suppliers, contractors, traders, landowners and the Henley and Remenham communities.

“It is therefore our task in the coming weeks to engage with as many stakeholders as possible and ascertain the feasibility of staging a regatta in August. In particular, we encourage the boat clubs to whom we have written today to provide us with their feedback.

“Our hope is to provide an opportunity for our competitors finally to race after months of distance from the sport that successive lockdowns have necessarily enforced.

“The committee will aim to issue further guidance on the potential for an August regatta as soon as practically possible.., and at the latest by the end of March.

“In the meantime, we remain deeply grateful to the rowing community, our official partners, and especially our members, for their ongoing support and encouragement.”

This is supposed to be the first year when the regatta runs for six days instead of five, starting on a Tuesday.

The extra day allows for two new events for women, one for club eights and one for junior eights.

The regatta’s decision will have a major impact on the Henley Festival, which uses the regatta’s infrastructure.

She said: “We would like to reassure our audience that we are working very hard behind the scenes to stage an event this summer.

“The safety of our performers, staff and audience is of the utmost priority and, in consultation with Henley Royal Regatta, Wokingham Borough Council, Public Health England, the police and local residents, we are considering how we can stage an event safely within the framework of any government restrictions that may be present.

“We have a duty to investigate all options thoroughly before making any sort of decisions. We remain very optimistic and will work tirelessly to bring an event to Henley this summer — nobody wants it more than us.”

The festival is scheduled to take place from Wednesday to Sunday, July 7 to 11 with last year’s line-up of headliners who were unable to perform — Madness, James Blunt, Sophie Ellis-Bextor, Sara Cox, Kathy Sledge of Sister Sledge and the Royal Philharmonic Orchestra.

If the festival is unable to use the regatta’s infrastructure, it might have to build a stage itself, probably on the same site. It may also have to reduce the capacity from the usual maximum of 6,000 a night to ensure it was covid-safe.

The Thames Traditional Boat Festival is due to take place on Fawley Meadows from Friday to Sunday, July 16 to 18.

Organisers said that in view of the regatta’s announcement they would have to “go back to the drawing board” but. like the festival, were “determined” to go ahead with their plans.

Lady McAlpine, of Fawley Hill, who co-chairs the event with Adam Toop, said: “If we can persuade the festival to make use of the ‘floating’ grandstand, thereby removing it from our site, we can plan to go ahead as usual the week after the festival.

“Obviously we will have to take stringent precautions in accordance with whatever guidelines the Government is putting out but sensible entrants and visitors, “posh” loos instead of portaloos, hand-washing stations etc should enable us to put on as good a show as ever.

“People are going to be so eager to get out and have fun... we want to provide that opportunity.”

She said more details would be released later.

Henley Mayor Ken Arlett said: “It is all down to safety and I don’t think they could have made any other decision. We are in uncertain times and until we get out of this mess these are the sorts of decisions people are going to have to make.

“The regatta is one of the main events in our social calendar. It brings tourists to the town and it is our chance to sell Henley, get people shopping and spending money.

“The sad thing about it is from the retail side — having gone through such a poor time over the last few months, this would have been a chance for them to pick up some lost revenue.

“Hopefully, in a couple of months things will change.”