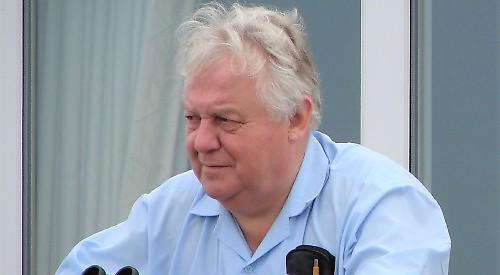 A MAN who played a major role in organising and expanding Woodcote’s annual steam rally has died, aged 77.

Peter Solomons and his wife Pat were inspired to move to the village from London after visiting the 1976 rally and they both volunteered to help run it once they had settled the following year.

Mr Solomons later joined the rally committee, taking on more and more duties until he was appointed chairman in 1989.

Attendance grew significantly while he was in charge and in 2015 he was elected chairman of the Woodcote Charitable Association, the company and registered charity which administers the rally and shares the proceeds among good causes in the community.

In recent years he led a project to modernise the association’s constitution, focusing on safety and financial stability to ensure its survival in the long term.

Geoff Capes, one of the association’s directors, said: “Pete’s involvement in the rally was driven by his desire to contribute to his community and his love of all things mechanical, particularly if they were old. The rally prospered under his leadership. Bigger crowds meant bigger profit, all of which was donated towards good causes in the village.

“Pete was an ambassador for the rally, working with many organisation in the village to deliver projects ranging from the children’s playground to the community centre.

“As its leader, he was much admired for his ability to keep calm, find a solution and carry on, always with a smile. It was important to have fun.

“His hard work and dedication were respected by all who knew him. Others have continued his work as director, allowing Pete to focus on the things he enjoyed most.”

“For the last few years, he was a fixture in the commentary box, organising the programme of events in the main ring and keeping the commentary team in order. He enjoyed the best view on the field of the countless old cars, motorbikes, tractors, lorries and steam engines that passed in front of him. He still found time to visit the beer tent — socialising was important to Pete.

“Those who knew him will remember him for his friendship, sense of humour and passion to live a good life well. He was kind, considerate and always smiling and nothing was too much for him.”

Mr Solomons was the eldest child of Gladys and Arthur Solomons, an officer in the Royal Engineers, who was later appointed a surveyor to Ealing Council.

He and his younger brother Clive grew up in Neasden and he had many interests, including motorsports, which he shared with his father, and activities with the Sea Scouts and the Youth Hostels Association.

Mr Solomons studied photography at a technical college and got his first job in the trade when he was 17.

He met his wife Pat (née Dear) at a church youth club around this time and they married six years later.

By then he was working in the film and media department of packaging and manufacturing firm Metal Box in London and would travel the world making promotional shorts for its products.

The Solomons moved to a bungalow in Beech Lane, Woodcote, when the firm relocated to Reading and they remained there until his death. Mr Solomons chose not to move again when Metal Box moved to Worcester in the Eighties. Instead he joined a marketing firm, then moved to another which was pioneering the use of computers in publishing.

He became director in 1994 and helped it to develop software which managed the roster of anaesthetists in busy hospitals. He continued to help the company after retiring.

Outside work, he and his wife were keen ornithologists and members of the RSPB who would often visit the reserves at Slimbridge in Gloucestershire and Welney in Norfolk.

They were members of the Vintage Sports Car Club and spent many days at Goodwood, Silverstone and Prescott.

Mr Solomons also loved rugby and was a London Irish season ticket holder for many years.

Although not a sportsman himself, he was always proud of a hole-in-one he scored during a Christmas social golf competition at the Oratory School’s golf course in Woodcote.

Mr Solomons passed away on March 9 following a short illness.

He is survived by his wife and brother. His funeral was held at Reading Crematorium on Friday. Donations to Cancer Research UK may be made in his memory through funeral directors Tomalin & Son, of Henley.