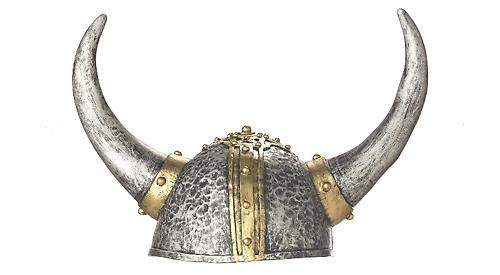 PLANS for a three-day festival with a Vikings theme have drawn complaints from neighbours.

The Valhalla event, which is due to take place at Roundhouse Farm in Fawley from Friday to Sunday, July 16 to 18, would include a nightly “feast” in a temporary hall which could seat up to 499 guests who would camp overnight.

Participants, who are encouraged to wear traditional costume, would have food brought to tables over a period of three to four hours as well as “free” top-ups of mead and real ale.

Music could be played over a public address system between noon and 11pm and there could also be performances by a band playing a mix of authentic songs on period instruments and Norse-themed rock and heavy metal.

The site, which is owned by villager Kate Waddington, would also be open to visitors from the community during the day to showcase crafts and skills such as blacksmithing, jewellery making, leather working, horn carving, firewalking and axe throwing. Some would be staged as interactive workshops and there would also be displays by trained wolves and birds of prey, battle re-enactments and glima, a form of Nordic folk wrestling.

Organiser Skull Vikings, a craftware firm from Reading, says the event would suit all ages but would be mostly aimed at adults, particularly those from the “Viking, Heathen and Pagan communities”.

These are relatively new religious movements based on those of pre-Christian Europe. Beliefs can include a worship of the natural world and the spirits said to inhabit it, or of multiple deities representing different aspects of life.

The festival website says: “We are very welcoming to all. As long as you don’t mind your kids being around a bunch of big hairy Vikings who may have had a horn of mead or four, feel free to bring them.

“We are running this as a not-for-profit event, just because it’s the kind of festival we really want to attend. We really hope this can be something big and that it can bring together and grow the UK Heathen community. During the feast, the food, mead and ale will flow freely! That’s right, FREE booze! The goal is to create an amazing Viking experience where you can be your most Viking self.”

Steve Samuels, the company’s co-founder, says the weekend would showcase the traditions respectfully and give stallholders a chance to make money.

However, neighbours fear there will be noise and traffic congestion on the village’s narrow roads.

They have objected to Buckinghamshire Council, to whom Mr Samuels has submitted a temporary event notification.

Mr Samuels says he has done these and they show there won’t be a problem. He says there won’t be congestion as there will be about 200 parking places on site and guests will share cars or take taxis.

The council is due to consider the application at a hearing on June 3.

Mark Turner, the village’s Buckinghamshire councillor and chairman of its annual parish meeting, said: “There’s going to be lots of noise and one side of that field is bounded by housing so the occupants aren’t too pleased.

“Many are pensioners and one is 90 so she won’t want to look out of her window at night and see Vikings pillaging each other, or whatever it is they’re planning. This is an abuse of the temporary event notification system, which is more suited to personal events like weddings or christenings, and we’re strongly against it.

“They tend to rubber-stamp these things and we hope they won’t this time.

“That part of the village is usually quiet but imagine the noise 500 people could make. We don’t want this to happen, even if we have to peacefully protest by blocking the streets.”

Mr Samuels said he was going to launch the event last year and even got his licence but had to cancel because of coronavirus.

He says the council’s decision may come too late so he might move to another site near Baskingstoke.

He said: “Music won’t be a huge part of it and though we’re bringing drink to tables, guests won’t be able to have as much as they like. We couldn’t afford that and, as the person managing the event, I wouldn’t want to be responsible for 500 incapably drunk people.

“Of course not everyone will be sober but it will be carefully managed. It’s something the community could enjoy during the day and would be a chance for the visiting small businesses to make a bit of money.

“We’ve carried out sound modelling and written a management plan to stage this in a sensible, respectful way but I do feel we’re fighting a losing battle with the licensing authority. We didn’t have any trouble getting approval a year ago.

“It’s a shame that none of the complainants approached me directly as I’m very happy to discuss their concerns.”

Mrs Waddington says she has to let out her land because farming is increasingly unprofitable and rural landowners must come up with new ways to make money.

She said: “I turn down anything which sounds disruptive but this is just Nimbies having a go. They think they’re entitled to absolute silence the whole time.”