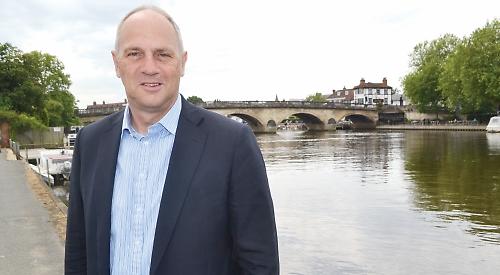 MEMBERS of the public may not be able to view the racing at next month’s Henley Royal Regatta from the official stands.

The organisers of the event, which will take place on the Henley reach from Wednesday to Sunday, August 11 to 15, have yet to decide whether there will be the usual regatta enclosure for non-members beside the stewards’ enclosure on Lion Meadow.

They say they still aren’t sure whether this can be safely done while obeying rules to prevent the spread of coronavirus but no plans have been finalised and further announcements will be made nearer the time.

Overall capacity on the site will definitely be reduced but the committee has not yet confirmed how this will work in practice.

Entries have now closed with 481 crews from nine nations, including 41 from overseas, due to take part. Both figures are lower than in 2019, when there were 660 entries, including 159 from overseas.

Sir Steve Redgrave, chairman of the regatta, says public safety is the main priority after last summer’s event was cancelled due to the pandemic for the first time in its 182-year history.

Spectators will be expected to obey a covid “code of conduct” by bringing an official letter to prove they have received two doses of the coronavirus vaccine at least 14 days before attending.

Alternatively, they can provide a negative result of a lateral flow test taken within 48 hours of attendance, or official proof of natural immunity.

Meanwhile, competitors, members and ticketed supporters such as friends and family will each be kept in separate zones, all subject to coronavirus restrictions, to reduce mingling.

The official hospitality area on Fawley Meadows, on the other side of the river, will still be open with a limited number of river cruises available on a first-come, first-served basis.

Sir Steve said: “It has been another difficult year for everyone and the impact of covid-19 on our competitors, and all involved in the sport, has been immense.

“Our aim for this regatta has been to provide a focus for our athletes and avoid a second lost season, which has been possible because of the strength of our community and especially the support of our members.

“The stewards mandated the committee to do everything in our power to stage the regatta this year, with public safety the top priority Our focus is to look after our competitors, everyone involved in the staging of the regatta and the wider Henley community.

“We will put on the best possible event in the context of both the ongoing pandemic and all the disruption and complexity that it has created for the organisation and safe hosting of a major rowing competition.

“It is obviously not business as usual but our pre-emptive decision in February to move the regatta back six weeks from its traditional place in the calendar has given us welcome flexibility to plan and reconfigure.”

Meanwhile the Copas Partnership, which hosts a series of private hospitality enclosures on land off the Thames towpath, will not be operating a car park on Remenham hillside because it has reduced its offering.

Its two enclosures will be running at Remenham Farm instead of Temple Island Meadows while the Barn Bar, on land off the towpath, will not be trading.

A car park for customers with reservations will take its place.