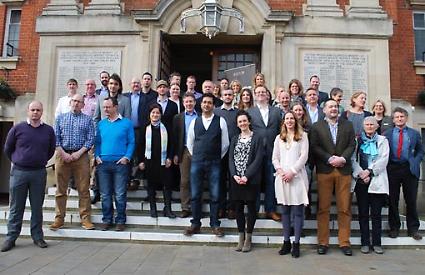 THE second annual Henley Design Day was held at the town hall on Saturday.

More than 20 architects, interior designers and landscape gardeners had stalls and displays at the event, where they gave advice to visitors.

The event was organised by the Royal Institute of British Architects and was officially opened by Mark Shipton, south regional chairman.

Southern area director James Robinson said: “Henley is blessed with architects and talented people and we wanted to turn that into raising interest in the town.”

Among the exhibitors were Riach Architects, Baca and Purcell. Henley Life, the monthly magazine published by Higgs Group, also had a stall.