Steam rally in search of new home after 20 years 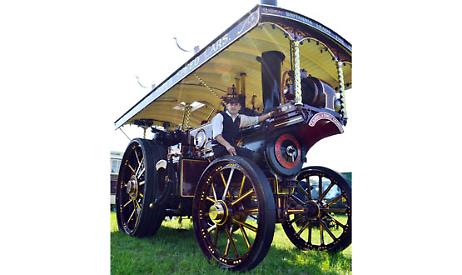 WOODCOTE Rally may have to move away from the village if organisers can’t find a new home.

Since 2002, the steam and vintage vehicle fair has been held in a field off Tidmore Lane belonging to the Hildred Partnership.

But earlier this year, an equestrian course was built on the land so it is no longer available for the 57th annual rally in July next year.

Organisers have been searching for a new field but without any luck so far.

Geoff Capes, chairman of the Woodcote Charitable Association, which runs the rally, said this was partly due to changes in the farming subsidy regulations.

“It has become increasingly difficult to find a suitable field,” he said. “Farmers now receive subsidies from the Government which incentivise them to use their fields for certain things and they are not events like ours.

“It would be a great shame if this popular fundraising event was unable to continue but I remain optimistic we will find something.

“Ideally, we would like a field close to Woodcote but if we have to move further away, then we will do that.

“The field we have used for the last 20 years is just outside the village, which meant people could walk to the rally. That was a big advantage because the Friday evening has become a big party night for the village and we want people to be able to walk home.

“The further away we move from the village, the less convenient it would be for people.”

The organisers are looking for a pasture field of at least 30 acres which is reasonably flat with good access and water facilities for use in the first two weeks of July.

Since its inception in 1964 the rally has used seven different fields.

Mr Capes said: “We want to thank Guy Hildred for hosting the rally on his farm for nearly 20 years.

“Sadly, it’s time for us to move on but that also presents an opportunity to refresh the rally.

“It’s not the first time we’ve had to find a new home. We know that our exhibitors and visitors can’t wait to get back together and, of course, we are desperate to restart our charitable work.”

The rally has raised £507,000 for organisations in and around the village since it began.

Thousands of people normally attend the event, which features a range of vintage transport, including steam engines, classic cars, motorcycles, lorries and tractors.

There is family entertainment, with crafts, trade stands, children’s entertainers and a fairground, plus music, food and real ale.

The rally has been cancelled for the last two years because of the coronavirus pandemic.