Killer Mary Blandy should not have hanged, says ‘jury’ 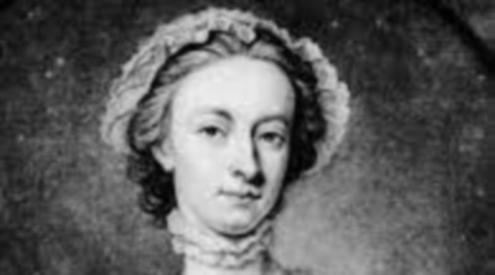 THE 18th century killer Mary Blandy would have been spared the gallows if she had been tried in a modern court — that was the view of a Henley Theatre audience.

She was hanged at Oxford Castle 270 years ago for murdering her father, Francis, the Henley town clerk and a local lawyer.

The evidence at the time suggested she had fed him arsenic to get at his fortune. She connived with her lover, William Cranstoun, because her father refused to permit them to be married.

A staged retrial at the Kenton Theatre offered the sellout audience the opportunity to think again and they decided overwhelmingly to find her guilty of manslaughter instead of murder.

The play was written by Mike Rowbottom, from Stoke Row, who said: “I was presented with a wealth of evidence from the original trial and then a lot more from events which happened afterwards.

“Many people think Mary wasn’t given a fair hearing and I hoped to change that by giving her the voice she wasn’t allowed in 1752.

“Instead we presented Mary as hopelessly in love to the point of mental illness and therefore not responsible for what she did.”

The audience as jury discarded the original murder conviction and opted for manslaughter with 112 votes. Another 40 found her not guilty and 55 wanted to keep the original verdict.

Director Julie Huntington said: “Quite a few people, about 20, couldn’t make up their minds and so handed in their voting cards without marking them, but the overall feeling was that Mary was badly served by a biased legal system in 1752 and she should not have hanged.

“We can’t change anything, of course, but I know some people left the theatre feeling easier and in one case saying they were able to sleep better.”

Emma Broadway, who was in the audience, said: “A fusion of actual events from 270 years ago with a modern lens led the ‘jury’ to change the charge from murder to manslaughter. It was so incredibly thought-provoking.”

Emma Jane Taylor said: “While I found her not guilty, I was very pleased her murder conviction had been overturned to manslaughter. Maybe she can now rest in peace.”

Leigh Howard said: “I thought she was guilty of murder but a modern audience will always see it as a mental illness and opt for manslaughter.”

The retrial was hosted by the Kenton and sponsored by law firm Blandy & Blandy and Magoos bar in Hart Street to raise money for the Chiltern Centre.

The idea came from former Standard news editor Richard Reed and it may not end with just one performance.

“We’re looking at taking it to the Reading Fringe Festival in the autumn,” said Mike.

“But it was a big cast and we’ll just have to hope that everyone can remain available — we had some of the most talented actors in the Thames Valley involved and they’re always in demand.”