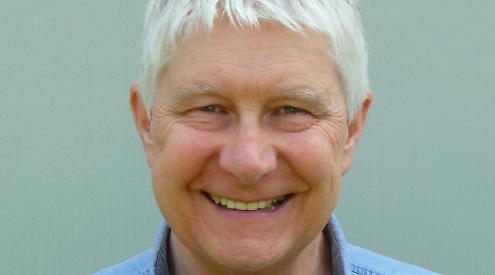 THREE distinguished authors will give talks at the Wargrave Literary Evening, which will be part of this year’s village festival.

Amanda Jennings, Will Carver and Nick Butterworth, who each have a connection to the area, will be speaking in the marquee on Mill Green on Thursday, June 16.

Vanessa Holburn, a freelance journalist and author, who is one of the organisers, said: “It’s a souped-up version of what they’ve done before at the festival called Wargrave Words, which was a speaker and panel discussion in a single, smaller venue. This year we’re in a big marquee.

“We have three great authors with local connections who will each give a talk and there will be the chance for one-to-ones with a literary agent, a self-publisher and a hybrid publisher, so there will be lots of opportunities to talk about how you might publish your own work if you are an aspiring author.”

There will also be workshops, book signings, cheese and wine and an opportunity to buy books from Four Bears Bookshop in Caversham, the festival’s official bookstore.

Ms Holburn said: “It’s a welcome back to all the good things. Some people are calling it ‘Bloomsbury-on -Thames’, which is great as it is not at all London-centric.”

Amanda Jennings, who grew up in Wargrave and now lives in Binfield Heath, is the author of six psychological dramas and short stories, published both here and abroad.

Her debut, Sworn Secret, topped the Italian bestseller list while In Her Wake was a W H Smith Fresh Talent pick.

Her latest book, The Haven, came out in March.

Will Carver, who also lives locally, is the international bestselling author of the January David series. His current book, Psychopaths Anonymous, is an unpredictable thriller about love, connection, obsessions and sex.

His previous works have been longlisted for the Not the Booker Prize and the Theakston’s Old Peculier Crime Novel of the Year, while Good Samaritans was book of the year in the Guardian, Telegraph and Daily Express.

Nick Butterworth, who has family in the area, is an award-winning writer and illustrator whose books have sold more than 15 million copies worldwide in more than 30 languages.

His books, including QPootle5, Albert Le Blanc, The Whisperer and the Percy the Park Keeper series, have won critical acclaim and been nominated for the Kate Greenaway Medal and the Nestlé Children’s Books Prize, among others.

Literary agents Julie Crisp and John Nixon will be running one-to-one workshops for anyone who is a little further along in the writing process and would like the input of a successful agent.

Tickets are still available thanks to the larger venue at
www.wargravefestival.org.uk