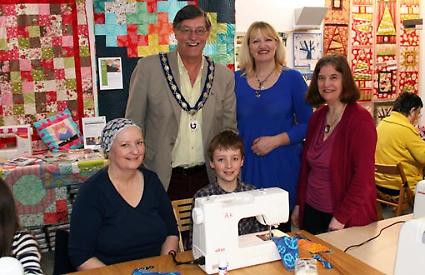 THE first Create Henley festival has been hailed a success.

Hundreds of people visited the arts and crafts exhibitions, talks, demonstrations and workshops that took place at various venues over the weekend.

There was also a Love Local market in the town hall and a farmers market in Market Place on Sunday.

Click here to view our picture gallery of some of those who took part in events as well as the wares offered.

Town councillor Pam Phillips, who came up with the idea of the festival to encourage visitors during the off-peak season, said: “As it was the first Create, I thought it was a great success.

The sun was shining, which brought a lot of people into Henley anyway, and the quality of the crafts available was absolutely top class.”

She was approached by several people who wanted to be involved next year.

She said the workshops were well attended and many children took the opportunity to make presents for Mothers Day.

At Lady Sew and Sew in Farm Road, there were workshops for children and for adults wanting to know how to make bunting.

A rowing boat began being covered by knitted squares before it is displayed at the Henley Arts Trail in May.

Everyone who makes a square is entered into a £50 prize draw, which will be drawn at Lady Sew and Sew during the arts trail on May 5. Vanessa Blogg, partner at Lady Sew and Sew, said: “It was a huge success for the town and it will get better and better. Its the first year so there were lots of things we learned.

We had hundreds of people coming to visit us and they then walked into town so that was very good for Henley. We had people coming from as far as Peterborough, Guildford and even Wales.The knitted boat was really well received. Lots of people came in and learned to knit and they did a few rows.”

Its so important because the cost of having a high street shop for small businesses is just out of the question. If we can support local businesses in this way it allows them to flourish.”

Town centre manager Peter McConnell said: “I was involved in helping organise Create and I was really pleased with the response we had from both residents and visitors. The weather was lovely over the weekend and that obviously brings lots of people out. One of our objectives was to bring people out at a time when they might not otherwise come.”

At the Old Fire Station Gallery, the Reading Guild of Artists held its annual exhibition Spring Greens and the Henley Over 60s Club in Greys Road car park ran a craft market as well as offering tea, coffee and homemade cakes. 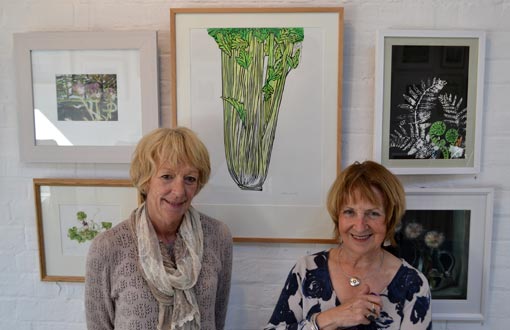