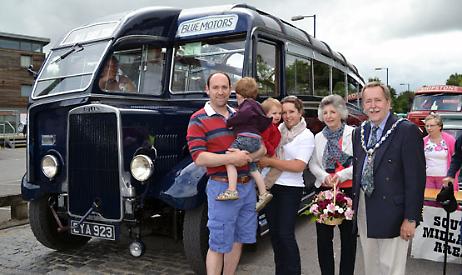 THE Mayor of Henley relived his childhood when 60 vehicles took part in the 30th annual Ridgeway Run in the town on Sunday.

Martin Akehurst is a vintage vehicle enthusiast so enjoyed the procession of cars, vans, buses and even fire engines that was organised by the South Midlands branch of the Historic Commercial Vehicle Society.

They set off from the station car park at 10am and followed a 50-mile route to Buckingham Railway Centre in Quainton. The Mayor was at the start and chose a 1939 Leyland Cheetah coach for a lift to the town hall in Market Place as the run got under way.

The observation coach has a Harrington body with a distinctive fin at the back and Cllr Akehurst said: I chose the bus because it brings back many memories of travelling on them when I was young.There are probably only four of those buses left with a fin at the back.

He said the coach had been beautifully restored, adding: The inside was absolutely immaculate with bright upholstery and mahogany. The Mayor was accompanied by his wife Glynnis, daughter and son-in-law Madeline and Richard Child and grandsons Freddie, two, and Joshua, one.

He said: Its nice for the family to see how things have changed. There were some lovely examples of how British engineering has developed.

The Mayoress was presented with flowers by organiser Janet Ayre and society chairman Ivor Coleman.

Secretary Peter Trout, 79, from Woodcote, said: It is an attractive route and challenging for old vehicles because there are lots of twisty roads and bends.

We have a nice number of vehicles and there is always a nice, friendly, relaxed atmosphere.

After the run 14 trophies were presented and Mr Trout won the trophy for the best Morris van with his 1970 model.

The annual event celebrates the Ridgeway, an ancient track which is 85 miles long and thought to be Britains oldest road. 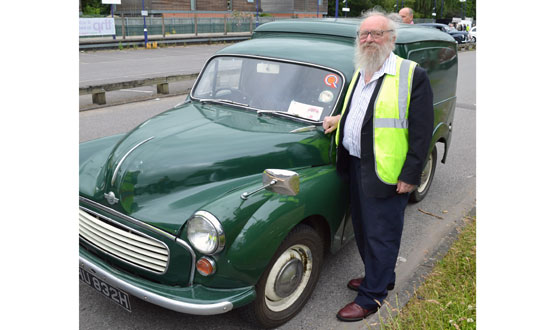