Henley rocks at Music on the Meadows 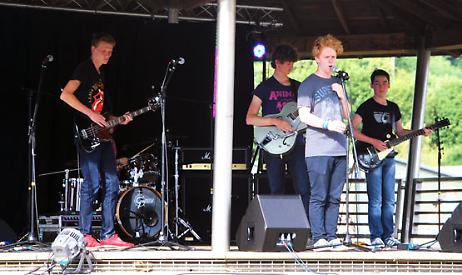 Twenty-three performers ranging from drama groups to rock bands took to the stage on the bandstand in Mill Meadows from noon.

The event was compered by Henley singer Jamie Bruce and Mollie Marriott, the daughter of Small Faces frontman Steve Marriott.

Rapper Teelow Awojobi, who studies at The Henley College, performed followed by the colleges jazz band and a drumming group.

There were rock and pop performances from Sophie Lloyd and bands Fish Hook, Ignite The Sky, Goin Loud, To Burn and Blossom, Launch Control and Random Article.

Gillotts School pupil and aspiring DJ Ross Duncan, aka The Stepper, performed between sets for the second year running.

The Razzles, a Beatles tribute act, headlined the event.

Maggie Atkinson, who organised the festival with a committee of young people from schools in the town, said the day had been a huge success.

It has been really amazing, she said. Im just over the moon. Not all of it is my taste but to see the kids doing their stuff and really out there, really pushing it, and passionate, thats the thing.

She said the warm and sunny weather had helped to draw a big crowd.

Its just a miracle about the weather because when I looked on Monday at the screen it was all thunder and lightening and showers predicted solidly for today so its a fantastic answered prayer.

There were stalls selling food and drink and entertainment included face painting, hair braiding, bouncy castles and an inflatable slide.

All money raised will go towards setting up a youth drop-in centre called The Listening Roomz above Magoos in Hart Street, which sponsored the event.

For the full story and more pictures, see the Henley Standard on Friday. 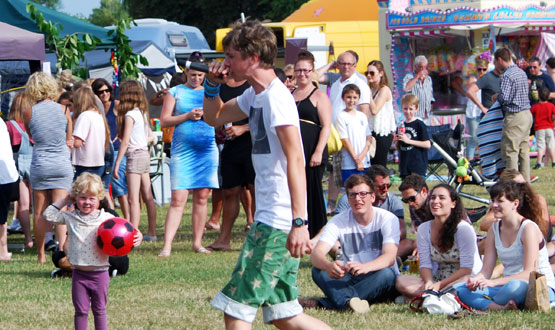