AN Easter egg hunt was held at Greys Court at the weekend.

Families paid to take part in the National Trust Easter trail on Saturday and Sunday.

Click here to view our picture gallery of some of those who visited over the weekend.

Children were given a map and paper hat on arrival and had to navigate their way around the grounds to uncover a series of hidden clues.

Each clue had a letter which formed an anagram of the word “butterfly” and when they had completed the word each child received a chocolate egg.

The trust said more than 5,000 people visited over the weekend and 1,000 eggs were given away. Jane Greenhaf, general manager at Greys Court, said: “This is the first time that Greys Court has been open for all four days of the Easter holiday.

The fine weather brought record visitor numbers. Even on Easter Sunday, when the weather was poor, we were exceptionally busy.

We hope that lots of the people who came here for the first time over Easter will come back again.”

She said more than 50 visitors had joined the National Trust. 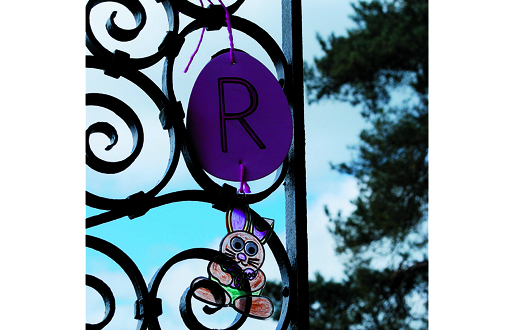