There's something about Charlie

HERE are two more entries for Henleys Top Dog 2014  and theyre both Charlies!

You may have seen Charlie the golden labrador around Henley.

He is delightfully loyal but also decidedly stubborn. In fact, Charlie is gaining a reputation for taking matters into his own hands by, for example:

• Causing traffic jams outside Waitrose by sneaking off his lead and refusing to move off the zebra crossing.

• Blocking the towpath with a 2m stick, dragging it through town, causing pedestrians to dodge out of the way.

• Gaining a reputation as a potential rowing cox. Charlie attempted to swim out to join Debbie rowing but had to be dragged into the cox position when he couldnt swim back.

Charlies loyalty knows no bounds as he faithfully follows Debbie as she rows.

However, his stubbornness also knows no bounds and if you see him walking himself through town, theres no need to panic. Youll know he has taken matters into his own hands and will soon be heading home.

Charlie the Jack Russell is nine and belongs to 10-year-old Ellie Webb, from Hambleden.

Ellie says: Charlie and I are best friends and he always likes to be with me. Playing with the ball is his best game!

I think Charlie should win Top Dog because he is the best dog ever! He always looks after me, even when I am ill.

Here he is on the sofa with his cheeky face. 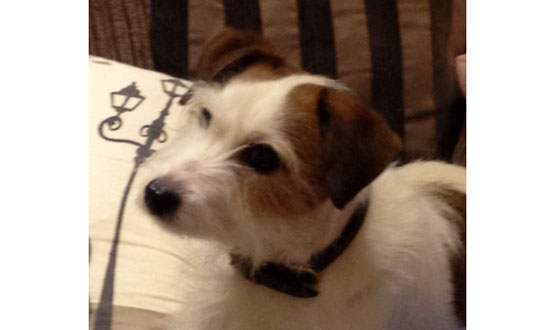