Rowers from Bled have successful regatta 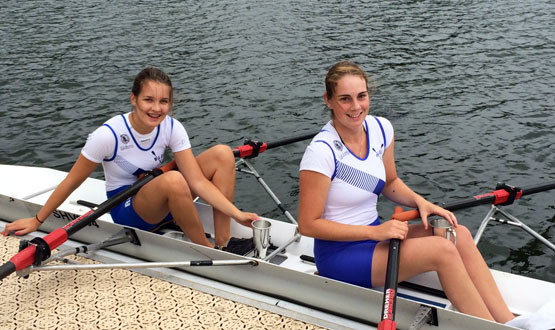 The three boys and three girls were invited to compete at the regatta in order to strengthen the twinning link between the towns, which was set up last year. The rowers were accompanied by Jernej Slivnik, the Slovenian team manager, Peter Fajfar, president of Bled Rowing Club, and Miha Pirih, coach of the Bled junior squad and a former Olympic rower.

They stayed with host families, including town councillor Stefan Gawrysiak.

The visitors arrived on Thursday last week and were given a fish and chip supper on board the steam launch Consuta before a trip on the regatta course. On Friday, the visitors went sight-seeing in London before an afternoon trip to the River and Rowing Museum and then went to Vikings Rowing Club, based at Shiplake College, to train.

On Friday evening they had a reception on board the Waterman in Henley which was attended by Leander Club captain Debbie Flood. After the regatta the visitors had a meal in Henley and flew home the next day. Stephen Bennett, who co-chairs the association, said: It is probably the first time we have had normal people from Bled, not dignitaries, visit. We are trying to strengthen the relationship between the towns and hope other Henley clubs will latch on.

Members of the association will visit Bled in the autumn and will donate a sapling as a symbolic gesture following Bleds bad winter.