VISITOR numbers at this years Henley Show were boosted by the warm weather.

Thousands of people attended the 123rd annual event, which took place at the Greenlands Farm showground, near Hambleden, on Saturday.

Click here to see our galery of photographs of competitors and visitors at the show.
Show chairman Mike Cannon said: The numbers were definitely up, which enables us to donate more money to agricultural charities.

We had good weather all week so many more people would have thought it was a nice idea to visit.

It was wonderful to see so many families at the show  everyone had smiles on their faces and seemed to be thoroughly enjoying it.

The supreme champion was My Choice, a 15-month-old 1,200lb Limousin cross owned by Emma Bishop, from Milton Keynes. 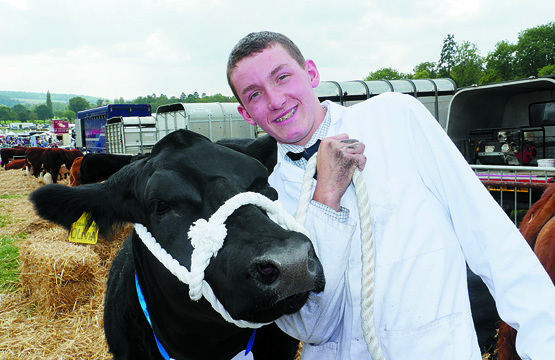 Tim Saint, 33, from Playhatch, won several prizes in the produce classes, including a first for his 425lb pumpkin, which was 5lb heavier than the specimen he won with last year.

The show featured gun dog and falconry displays, a shopping area, trade stalls and displays of vintage tractors and classic cars. There was also a funfair with a carousel and helter-skelter, live music, a climbing wall, Morris dancing, puppet shows, a rodeo bull and a coconut shy.

Henleys air cadets helped to marshal the car park and had a stall encouraging other young people to sign up.

The show ended with a grand parade of vintage tractors and classic cars.

Lady Phillimore, this years show president, said: It has been brilliant and not just because of the weather. Of course, the sunshine helps but the stands have been more attractive and better run.

A lot of people have attended, which is absolutely great.

A full report, results and pictures will be published in this week's Henley Standard.