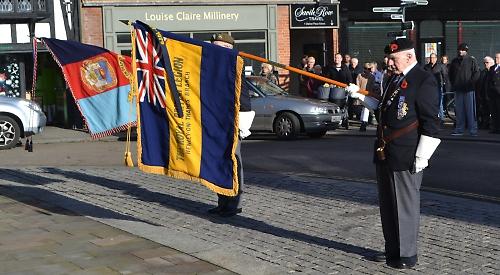 MORE than 200 people attended an act of remembrance on the steps of Henley town hall on Friday to mark Armistice Day.

The ceremony was conducted by members of the Henley and Peppard branch of the Royal British Legion and attended by Henley Mayor Julian Brookes and Deputy Mayor Will Hamilton.

A two-minute silence was observed before Brig Malcolm Page, branch president, delivered the Ode of Remembrance and thanked the spectators.

Mr Willoughby, from Woodcote, said: “This was the anniversary of the exact moment the guns fell silent. It was an amazing morning and the turnout was incredible — it’s the most people I’ve seen in all the years I’ve been attending.”