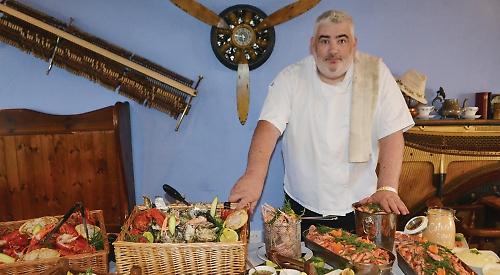 A SUMMER party with live music was held at the Shepherd’s Hut in Ewelme.

Five bands performed, including Who tribute band Who’s Next, who headlined, the Tony O’ Malley Band, Muddy Johnson, Cadge and Alsie and Carthorse.

There was a hog roast, lamb on a spit, seafood bar and pop-up gin bar. Gary Flux, who has owned the pub since November 2015, said: “It was a music, food and drink festival. It’s the second one we’ve done and we’re going to make it an annual event.

“I did it off my own back last year and people said, ‘please repeat it’.

“There was a massive ‘wow’ factor as I don’t think people were used to this sort of thing — we put out a red carpet and went all out to make the pub look good and everyone dressed up. There was a really nice atmosphere. It’s not just about the adults, there were families here in the afternoon as well. It’s good to get that community feel in a village pub.

“It’s nice to put on things like this. It not only promotes the pub but also community spirit. We have good support from the community, which is the main thing and that keeps us going and I’ve got a brilliant team behind me.”

The party raised about £500 for Help for Heroes. Mr Flux plans to hold a similar event next month at the Crown in Benson, which he also owns, together with the George and Dragon in Sutton Courtenay and the Old Anchor in Abingdon.