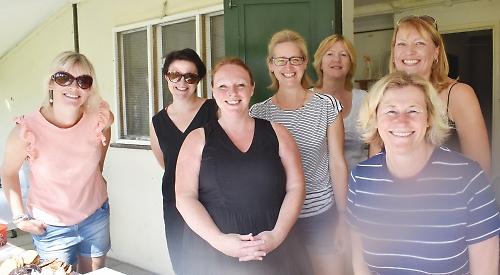 TWO course records were broken at the 13th annual Chiltern Chase in Ewelme.

The 10km race was won by Paul Hughes, of Abingdon Athletics Club, in a time of 36 minutes and 10 seconds.

Race director Mike Jeffery said the runners ranged in age from teenagers to people in their sixties.

He said: “We were very pleased with the number of people who came along. Everyone seemed to enjoy it and there were no injuries.

“We had some great weather — there was one villager who saw the runners going past and got the hosepipe out to see if they wanted to be cooled down!” The event was raising money for the Friends of Ewelme School and the South Central Ambulance Service.

Mr Jeffery said: “It’s a great event. We love doing it and we’re so pleased so many people still enjoy turning up and giving money to good causes.”