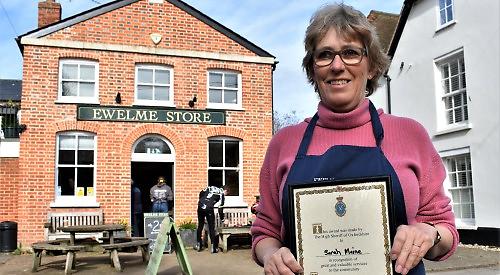 EWELME Village Store is taking action to prevent being targted by criminals.

It comes after the shop, which is not-for-profit community initiative, lost £300 after two cases of fraud.

Sarah Maine, who manages the Parson’s Lane store, said that on both occasions two men bought a large quantity of cigarettes and loose tobacco.

She said: “They were buying a lot of cigarettes and I remember thinking it was unusual, especially for a small shop like ours.

“These sales were made in all good faith by our lovely team in the shop.

“The men then made a claim via their credit card company to claim that they did not partake in the transaction and the money is given back, taken away from the shop.

“We now have to provide evidence of the products actually being purchased and hope that the card company will accept it as fraud.

The incidents have been reported to Action Fraud, the national reporting centre for fraud and cyber crime.

The shop is now restricting the number of items which can be purchased in one transaction.

Mrs Maine said: “This way we can reduce the risk of that happening again.”

The shop has won many awards, including best community store in the South-East in 2017.