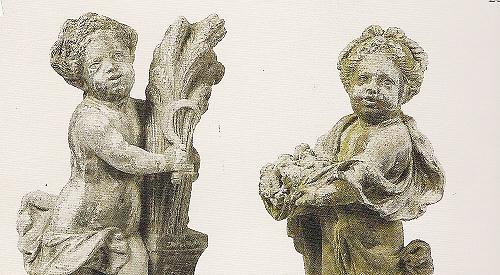 TWO cherub statues have been stolen from the garden of a house in Fawley.

It is the second such theft in the area in less than a month.

The lead figures, which date back to the 18th century, are 23 and 34 inches high and mounted on a square base.

The theft took place at the house, which is on the road between Round Hill and Crockmore Farm, between 6pm on Wednesday last week and 10.30am the following day.

The thieves used an angle grinder to cut off the statues. Last month, a statue of the Greek god Pan given by Sir William McAlpine to his wife as a birthday present was stolen from their home in Fawley Hill.

The 5ft lead statue, which is worth about £2,000, was taken between 4pm and midnight on December 15.

Lady McAlpine said at the time that “suspicious” vehicles had been spotted in the Fawley area recently.