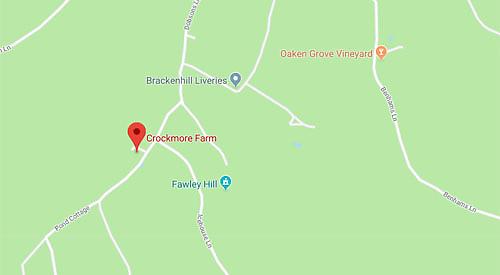 RESIDENTS have opposed a couple’s plan to convert a barn in Fawley into a house.

Mark and Jo Turner want to turn the American barn at their Crockmore Farm estate in Henley Park into a three-bedroom home. The plans include building a glazed conservatory to connect the barn with stables next door which would have other rooms including a games room and home office. A hay barn would also become a garden store. The estate is in the Chilterns Area of Outstanding Natural Beauty but not in the green belt.

The Turners say that although planning rules usually prohibit new, isolated homes in the countryside, this development would
re-use redundant or disused buildings and “lead to an enhancement to the immediate setting”.

In a planning statement, they say: “The proposed conversion maintains the fabric and essential character of the existing building.

“Utilising the existing structure and volume, the form and general design of the scheme are in keeping with the surrounding, which is complemented by a thoughtful landscape enhancement to the site.”

The couple say the barn and stables are too far away from their home, which have caused security problems in the past and led to them building another stable block closer to their house.

However, fellow villagers say the new house would be unsuitable for the site and dispute the couple’s claims that the current buildings are redundant.

Huw and Frankie Edwards, of Henley Park, said the stables were “recently built” and converting them for living would set a precedent “to the detriment of the rural landscape”.

They continued: “These stables are not of substantial construction and if they are no longer required they can be easily dismantled and the area returned to its original rural setting.”

Andrew Stephens, also of Henley Park, said: “Our house is opposite the proposed development. If permission is granted we would lose our bedroom views over the open fields and stables and instead be overlooked by a residential property with associated light and noise.” David Collas, of Henley Park, said: “We want to preserve this unspoilt area enjoyed by so many. We are appalled that the Oxfordshire Way could be ruined for the sake of one individual’s large profit.

“This application has no merit on technical grounds that have already been enumerated and has many negative implications.”

A report by planning counsultants Pegasus, of Bracknell, who have been hired by villagers, says: “The use of the site for residential purposes would result in a significant domestication of the land, giving rise to ancillary adverse impacts such as site enclosure, formal landscaping and light pollution.

“It would result in a significant domestication of the site which would appear out of character with the surrounding rural character.”

Other opponents include walkers.

Oliver Parr, from Sunbury, said: “I have walked this part of the Oxfordshire Way on a number of occasions and would be very unhappy to see it spoilt by unnecessary development.

“Conversion of barns makes sense in some situations but not in an Area of Outstanding Natural Beauty where the precedent could be extremely damaging.”

Some others support the application.

Derek Cheriton, who works some land in the area, said: “We need more single dwellings in the village. At least it would look better than some of the new-builds.”

A decision will be made by South Oxfordshire District Council next month.