Church to be updated for use by community 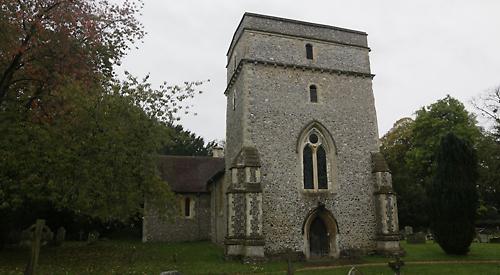 FAWLEY church could be “reordered” as a community space with a kitchen and toilets.

The friends of St Mary the Virgin, a non-religious charity which was formed last year to look after the Grade II listed building, has raised £50,000 in donations towards the project and appointed an architect.

Much of the money came from rebates which residents were able to claim after paying £1,100 each for the village’s broadband connection to be upgraded to an “ultra-fast” one. There have also been several larger private donations.

The church would continue to serve as an Anglican house of worship but could also be hired by groups and individuals for functions or community activities.

The friends group has asked the Diocese of Oxford’s permission in principle and statutory bodies, such as Historic England must also be consulted.

The group says the scheme would offer “significant” social benefits and that 112 villagers responded positively to the idea in a survey.

Leader Julia Ogilvy said: “Many villages are thinking about this because nobody wants to see their church shut. If this can make it a useful and sustainable part of the community, it will make a big difference.

“People have talked about it for a long time but it’s not an easy process. However, it came to a head when we asked the village to donate from their broadband refund and people responded very generously.

“That will cover part of the cost but overall it’s likely to be fairly significant. We’ll be putting a few different options to the village once our architect has completed a feasibility study.

“We want St Mary’s to be at the heart of community life, as it would have been many years ago, while offering a flexible space for everyone’s needs. whether religious or not, and accessible to all. Not having toilets isn’t particularly helpful, especially for those with children or health issues.

“We’d like to have something in place in the next year and are working towards that.”