Slimmers name their 'women of the year' 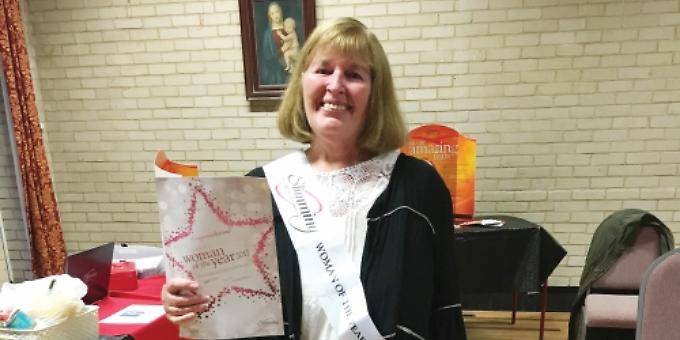 SLIMMING World Henley is celebrating its women of the year.

Pauline Bennett and Donna Xanthidis — two local Henley residents — are delighted to have been voted Woman of the Year in their respective Slimming World groups.

And Donna has lost 1st 12lb since joining the Tuesday evening group in May.

One of Pauline’s primary reasons for taking the plunge and joining Slimming World earlier this year was due to her concern over her ever increasing health problems, including fatty liver.

Pauline has gone from 16st 6.5lb to 13st 0.5lb in just 22 weeks — dropping an awe-inspiring five dress sizes in the process.

What’s more, her health has improved so much that she is no longer considered to have fatty liver.

Pauline says: “I am very keen to eat normally and healthily and not think of it as a diet but a lifestyle choice.

“I enjoy making home-made soups with lots of veg and still eat lunch out with friends.

“But without the fantastic support of Gemma and the group each week, I know I would soon be back to my old ways. I hope my story can inspire others to change their lives too.”

Donna is similarly pleased that she decided to take the plunge and join Slimming World Henley earlier this year.

She says: “I am humbled to have been voted Woman of the Year and can’t thank Nat and my fellow members enough for all their fab support.”