Come and take our 'Strictly' challenge 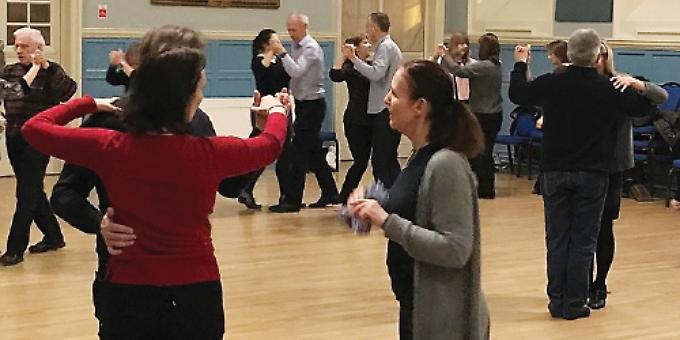 IT’S that time of year again — Strictly is back!

With a new judge, the queen of Latin Shirley Ballas, many avid viewers are about to tune into see whether Debbie McGee will wow us.

Strictly Come Dancing often creates debates about the quality of the dancing versus the entertainment value.

How easy is it to master a graceful waltz or move your hips and create a cheeky cha cha?

Well, if you have ever fancied having a go, why not take on your own “Strictly” challenge and learn some ballroom and Latin American dancing in nine weeks?

The Miles School of Dancing is starting a new course at Henley Town Hall on Thursday, October 19, from 6.30pm to 7.30pm.

With a team of experts on hand, you will learn an introduction to the waltz, tango, social foxtrot, cha cha and jive.

There is also a chance to practise your new moves at a fantastic Christmas dance at the end of the course.

So, instead of just being an armchair critic this year, why not sign up?

Email Richard Miles at info@milesschoolofdancing.
co.uk or call him on 07888 840942 to reserve your space.