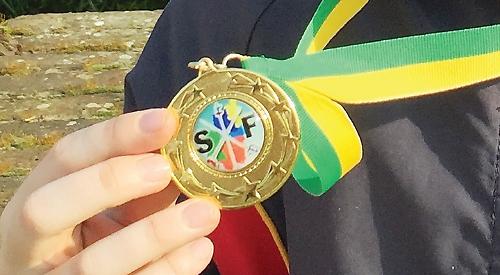 A 10-YEAR-OLD fencer from Peppard Common has secured his place in the British Youth Championship finals.

Oscar Newton won gold at the British Fencing Southern Region age group sabre qualifiers at Moulsford Preparatory School where the top four from each section proceed through to the national finals.

Newton, the youngest competitor in his section, finished first in the U12 men’s sabre section to be crowned regional champion and will now compete in the British Youth Championship finals in Sheffield from April 29 to May 1.