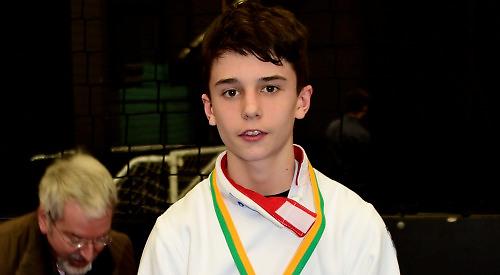 A BOY from Stonor won a silver medal at the British fencing southern regional qualifying competition on Sunday.

Harrison Blumfield, 14, now qualifies for the British Youth Championships to be held in Birmingham in May.

Harrison, who is a member of Abingdon Fencing Club, competed four times.

In his first match he defeated Tristan Vaughan, of Luso Fencing Academy, 15-3 in a last 16 tie.

This set up a meeting with clubmate Luke Ball, whom he beat 15-4 to reach the semi-finals.

Blumfield then dispatched Jack Zino, of Swindon Fencing Club, 15-5 to reach the final of the competition.

He faced Cador Beautyman, of Knightsbridge Fencing Club and is a member of the Great Britain team and has represented England in international competitions.

Blumfield lost out to Beautyman in the final match 15-7.