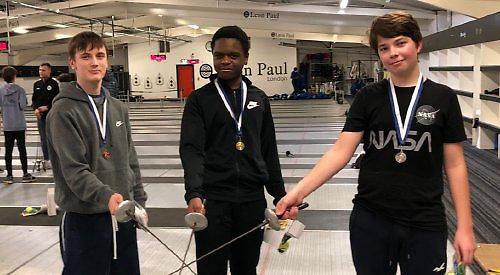 Alejandro Donnai-Jessop, Ewan Gwilliam, Josh Martin and Zach Hemans-Shekiluwa competed in the individual events with each making it through the heats into the knock out stages, with all bar Gwilliam making the semi-finals.

Marcus Fec, assistant head co-curricular, said: “This was a fantastic performance from our pupils after just a term of Fencing coaching.

“In a competition involving nearly 40 schools to come away with a gold, silver and bronze was an amazing feat. We look forward to competing in the team championships next term.”

Following on from their success, there are now plans to enter the team championships next term and additional national and local competitions.