Firefighters save the day at art gallery launch 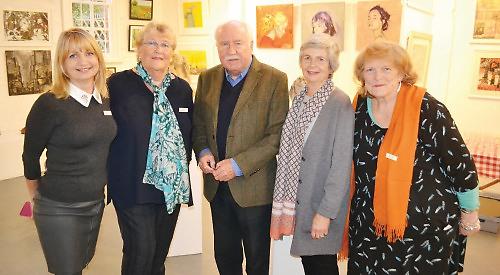 ORGANISERS of Henley Arts and Crafts Guild’s autumn exhibition have thanked two firefighters who came to their rescue.

Committee members were about to open the doors of the Old Fire Station Gallery for an open view on Friday evening when the fire alarm went off.

Chairwoman Ann Spicer said: “We were just about to welcome guests to our grand opening by the Mayor when the alarm in the gallery went off. After many tries and over an hour, nothing we could do would turn it off and the noise was deafening.

“Suddenly a fire engine passed by going back to the fire station [in West Street] after a job and we managed to flag down the pair in the cab and, after taking their machine home, they returned to help.

“Without too much ado, they managed, by flapping a tea-towel in front of the smoke alarm and a little coercion from a screwdriver, to stop the dreadful ringing. Thank you so much, gentlemen, we really would have had to cancel if you had not arrived just in time.”

The exhibition, which ended on Tuesday, featured sculptures, paintings, prints and drawings and paid tribute to two local artists who passed away this year, painter Elise Lynch and watercolourist and committee member Margaret Simister.