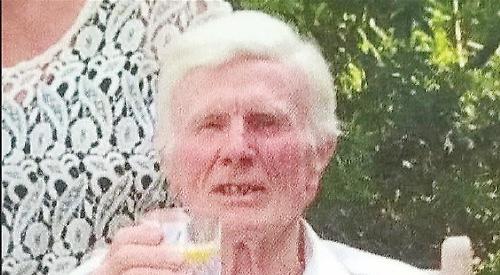 POLICE and firefighters scoured the River Thames between Henley and Shiplake in search of a missing pensioner.

Frederick Lawson, of Mill Lane, Shiplake, was reported missing at 9.50am on Wednesday. He is believed to have left his home to check on his boat.

The river is higher and flowing faster then usual due to heavy rain in the last few weeks and a flood warning was issued on the morning Mr Lawson vanished as more rain is expected.

Firefighters searched the river in the boat while police officers walked the towpath and other paths in the area. A police helicopter flew between Shiplake Lock and Marsh Lock for several hours to assist the search.

Staff from the Environment Agency, which is responsible for the river, also helped.

An appeal on social media by Thames Valley Police was shared hundreds of times.

As the Henley Standard went to press, Mr Lawson had not been traced.

He is in his eighties, has grey hair and was last seen wearing trousers, a sweatshirt and brown slippers.

A police spokesman said: “We are looking for a man who was reported missing in Shiplake. Police officers are searching the area alongside the Environment Agency.”

A spokesman for the Environment Agency said: “Our officers are providing advice and guidance to the emergency services during their search.” Meanwhile, parts of Shiplake, Wargrave and Sonning were left underwater after heavy rainfall caused the Thames to flood.

Flood warnings were issued for the three villages after the river burst its banks, causing disruption to roads and businesses in the area.

Spring Lane in Sonning was closed on Tuesday while the car park of the Flowing Spring pub in Playhatch and the garden of the French Horn in Sonning were both flooded.

The garden of actor George Clooney’s home in the village was also under several feet of water and his wooden boathouse was flooded.

Mill Meadows in Henley was also affected, along with Hobbs of Henley boatyard

More rain is expected at the weekend.

In 2014, residents and businesses in the area were hit by heavy flooding, with some homes left under up to 3ft of water.