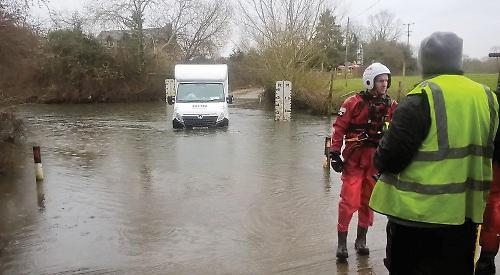 POLICE issued some wise but weary-sounding words when a delivery driver became stranded in his van while trying to cross Land’s End Ford in Charvil and had to be rescued by firefighters.

The ford in Park Lane regularly floods after heavy rain and drivers quite often have to be rescued while trying to cross it despite the presence of warning signs.

After the latest incident involving a Direct Home Delivery driver, the Wokingham Thames Valley Police Facebook page posted a picture of the stranded van accompanied by the phrase: “Use some common sense and stay away from fords when it’s raining heavily.”