Firefighters show they are tough 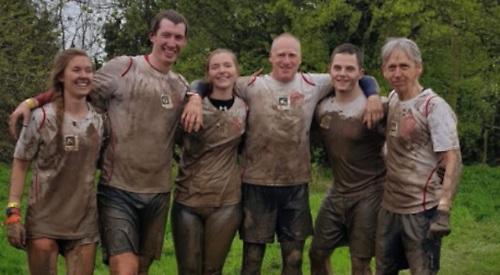 A TEAM of Henley firefighters were among the thousands of people who tackled a 10-mile obstacle course on the town’s outskirts.

The crew, who are based at the fire station in West Street, were competing in the fifth annual Tough Mudder endurance challenge at the Culden Faw estate near Hambleden.

The course started and finished at the Henley Showground off Marlow Road and ran two five-mile circuits around the estate, each of which included a number of steep hills and paths while navigating a series of obstacles that tested their strength, endurance and resistance to pain and cold.

New obstacles included Kong Infinity, in which runners crossed a pair of parallel bars by hanging from the underside of a barrel while pedalling it with hand grips. Another new addition was Happy Ending, where teams had to form human “ladders” in order to scale a 30ft, 40-degree slope covered in grease.

There was also the Kiss of Mud, in which teams crawled beneath a barbed wire mesh through thick, wet mud.

Mr Herrington said: “We did it for a bit of team bonding. The mud was probably harder than any single obstacle because everybody was sliding all over the place.”

Tough Mudder was launched in America in 2010 and now has more than 70 events a year worldwide.