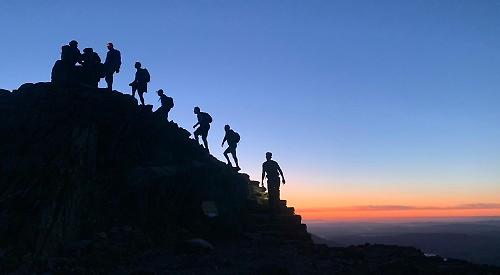 A FIREFIGHTER from Henley completed three endurance challenges for charity — and plans to carry on fund-raising.

He hopes to raise £1,500 to be shared equally by the Royal Berks Charity, the Fire Fighters Charity and TalkingSpace Plus, a therapy service for people with anxiety and depression.

Mr Staines, who has worked at the fire station in West Street, Henley, for more than two years, used the therapy service to help him with depression.

He also received support from the Fire Fighters Charity when he needed temporary accommodation.

He is supporting the hospital charity because his mother has been undergoing treatment for cancer at the Royal Berks in Reading and he says the staff have made an awful experience much more bearable.

Mr Staines, who lives at home with his parents Simon and Amelia, has so far collected £1,165 and he is considering other ways to raise the remainder.

He said: “I don’t want to stop there. I am really determined to hit my target and will keep fund-raising until I do.”

He completed the 15-day Cape Wrath Trail last month accompanied by friends Ben Rose and Oscar Boughen. This was a 230-mile hike along the west coast of Scotland. For the Three Peaks Challenge earlier this month he was accompanied by fellow firefighter Michael Saunders and seven other climbers.

They had to climb the three highest peaks in England, Scotland and Wales in 24 hours.

They began with Ben Nevis in Scotland, which is 1,345m, before being driven to Scafell Pike in Cumbria to begin their 978m ascent in the evening.

Mr Staines said: “After about 40 minutes it went very dark and we had to use head torches. Coming back down was particularly horrific.”

The final climb of Mount Snowdon was the hardest as they had had only a few hours’ sleep. Mr Staines said: “We started at 3am and getting up that early in the morning was pretty grim but it meant that we could do all three within the 24-hour time frame.

“The climb was really hard. The terrain had lots of big steps so I had to keeping lifting my legs up really high and they started to hurt.

“But as we approached the summit we felt so much relief and it gave us the boost we needed to push hard. When we got to the top the view was absolutely beautiful.

“The whole thing was such an incredible experience, mainly because of the water and the views at the top, especially on Nevis. It is something very special to be on top of the highest peak in the UK. Altitude gives you really good perspective in life. It helps you to see what is important. If you have not done it then you should.”

He had only a week’s break before the final challenge but he completed the 32-mile run on Dartmoor in a time of eight hours and 20 minutes.

He said: “I was just ecstatic to get over the line. It felt amazing knowing that I had finished not only the ultra-marathon but all three challenges.”

Mr Staines said he was grateful to his friends, family and colleagues for supporting him. He said: “Lots of people have donated and the lads down at the station have given me encouragement. I am incredibly grateful to everyone.

“I have really enjoyed doing all the events and raising money for these wonderful causes.

“Hopefully it will be the start of doing other events and I would love to one day do public speaking or be an ambassador for one of the charities.”

To make a donation, visit bit.ly/2MHCvN1