Bonfires spread out of control 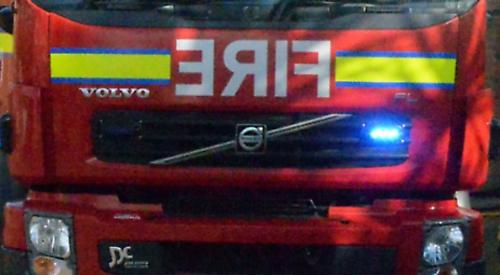 FIREFIGHTERS tackled two bonfires which had spread out of control on Sunday.

The crew from Henley was called to a house in Harpsden Woods at 9.15am.

Firefighter Michael Clarke said: “We were met by the owners and could see that a large bonfire was spreading rapidly across the field and towards the woodlands behind.

“We attacked the fire with one hose reel jet and several wildfire beaters. We focused on stopping the fire spreading to the woodland and managed to get in under control.

“We then spent the next hour soaking the bonfire and surrounding area.

“Advice was given to the owner of the house and he was very apologetic.”

The crew were called out again to woodland near the Maltsters Arms pub in Rotherfield Greys at 10.40am and again tackled a bonfire which had got out of control.

Mr Clarke said: “We would like to ask people to reconsider having bonfires, campfires and disposable barbecues at this time of the year.

“If you are going to have a bonfire, please keep it small, have a water supply nearby, keep it away from fences, trees, sheds and consult with your neighbours.

“We don’t want you to not have fun with barbecues in this lovely weather but please think where and when you’re having them because when they get out of control, they are a danger to life, nature and the environment.”

After the second incident the crew were given free drinks by Gary and Donna Clarke, who run the pub.

Mr Clarke said: “The guys looked so warm in their fire kit that we felt obliged to supply some cold bottles of water and a little something for them to enjoy later when they knocked off.”