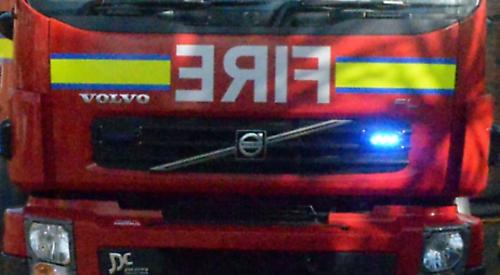 FIVE fire crews were sent to tackle a blaze at a boathouse in Caversham Heights on Sunday.

The Grade II listed building on The Warren caught alight at 12.11pm on the ground floor of the boat house at The Warren.

A woman was placed into the care of South Central Ambulance Service after the blaze caused damage to the first and second floors of the building.

Clouds of darks smoke could be seen rising over the property as six firefighters wearing breathing apparatus extinguished the flames using three hose reels and a main jet.

The Incident Command Unit from Maidenhead and the Operational Support Unit from Whitley Wood also attended.

A spokesman for Royal Berkshire Fire and Rescue Service said: “Crews were on the scene initially for approximately four hours and 12 minutes.

“Crews then remained on the scene for the rest of the day as appliances from Bracknell, Langley and Newbury fire stations ensured that there were no hot spots and the scene was safe.”

The Environment Agency and Thames Valley Police also attended to assist with resolving the incident though it’s not yet clear how the fire started or the extent of the damage to the building.

A spokesman for Caversham Road Fire Station said: ““We were there supporting other crews to resolve the incident – just remember fire is still a danger even around water.”