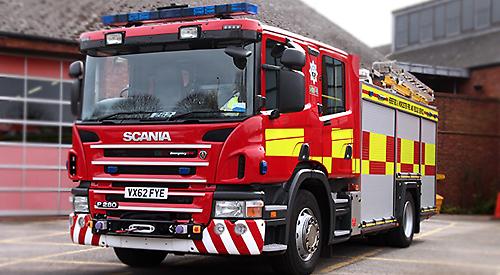 THREE horses are believed to have died following an incident near Hambleden.

Three fire engines from Henley, Reading and Beaconsfield were called to Valentine Farm, off Shogmoor Lane in Skirmett, following reports that a horse had fallen into a ditch after becoming unwell.

The last was equipped with an animal hoist and winch while the other two crews attended for support.

When they arrived at the scene at 9.30am on April 6, the owners had already pulled the animal to safety and a vet was caring for it. Two other horses in the field were already dead.

After the crews left, a private firm took the sick horse away and a number of others which were still well.

Villagers who stopped to watch the scene unfold said the third horse had to be put down later in the day while the rest were moved elsewhere. No horses have been in that field since.

They said the vet couldn’t tell what had stricken the creatures as there were no obvious symptoms but there was no suggestion they had been mistreated.

Other owners in the area were concerned by the news.

Bridget Fraser, who keeps three horses at Southbrook Farm, two fields away, said: “There were fire engines with hoists so it was hardly a quiet incident but nobody has heard anything more since it happened.

“I would like to understand what happened as this has caused anxiety among other horse owners in the valley, including me.

“We would like to be assured that this was a one-off incident — that there is unlikely to be a repeat and that our our horses are not in any danger.

“We’re worried that it could be some kind of contagious disease or even that some strange person is going around hurting them. No-one is sleeping easy right now.”

The Hambleden Manor estate, which owns the land, said the vet didn’t believe there was a risk to other horses and the public would have been warned had this been the case.

The horses are owned by a tenant of the estate who didn’t wish to comment.