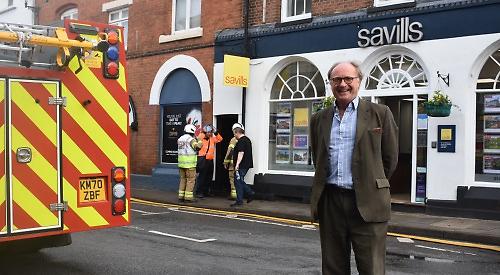 AS we report elsewhere this week, staff at the Savills estate agency in Henley called the fire brigade on Tuesday morning after they noticed a burning smell coming from the basement of their office.

They had to spend two hours outside while firefighters investigated inside the Bell Street building before declaring the cause was an electrical fault.

However, the six employees were in good spirits despite having to stand in the cold.

Stephen Christie-Miller, head of the office, joked: “We knew the housing market is hot right now but not that hot!”