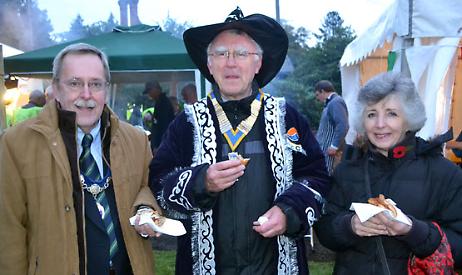 THOUSANDS of people enjoyed a spectacular fireworks display at the Sue Ryder hospice in Nettlebed.

The 22nd annual event, which also featured a huge bonfire, was organised by the Rotary Club of Henley Bridge and the money raised goes to the charity.

Many children went dressed in Halloween outfits for the fancy dress competition.

The five and under category was won by three-year-old Charlotte Clarke, from Henley, and the six and over category won by nine-year-old Honor Bowley, from Caversham.

A full report and more pictures will be published in this week's Henley Standard.