Cafe in closure threat with plan for house conversion 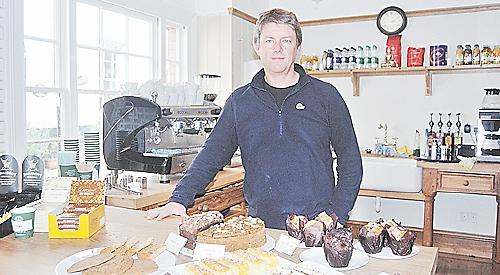 A CAFE in Wargrave could close after the owner applied to turn it into a house.

Lynda Colborne wants to convert the Old Post Office in High Street into a home because she says businesses in the village struggle to survive.

But residents have protested, saying the business is important to Wargrave and is viable.

Mrs Colborne’s former husband Tony applied for planning permission to turn the property into a home in 2013 after he closed the café, which he had been running himself for a year.

The application was later withdrawn after the business was leased to Karin Edlind and her partner Tim Lawrence, who still run it.

Mrs Colborne took over as owner after the couple divorced in 2014.

The two-storey building, which served as the village post office for more than 150 years until that closed in 2008, comprises the café on the ground floor and offices on the first floor.

Mrs Colborne’s application to Wokingham Borough Council says: “It has been demonstrated over the last decade that tested retail businesses cannot survive in Wargrave high street as shown by the closure of the post office and the numerous unsuccessful businesses that have floundered in the building since 2008.”

More than 20 villagers have written to the council to object.

Caroline Jerome-Ball, of Braybrooke Road, said: “If this business were to be discarded then the heart of the village would also disappear.

“Wargrave, once a small but healthy hub, has slowly been stripped of its soul and taking away the main facility that draws business to our High Street would be a travesty. This application is purely for gratuitous gain with sad disregard for the needs of the village.”

Jo Harling, of Clifton Rise, said: “With only a small number of retail options in the High Street, to lose this café to residential would be devastating, pushing locals away from the area to use other facilities further away.

“The high street is a popular location and we should be adding retail businesses to it, not closing them down.”

Janet Moseley, of Autumn Walk, said: “The Old Post Office is a thriving and popular coffee shop and café, adding to the vibrancy of Wargrave high street. It provides a place to meet friends, employment for local youngsters and attracts outsiders into the village. I use the Old Post Office regularly and I would be very sorry if it were to close.”

Charlotte Taylor, of High Street, said: “It is imperative that we retain the heart of the village.

“The Old Post Office has become a thriving local café also attracting many cyclists. Its breakfasts are legendary and it brings a real sense of community and is completely full at weekends.

“There is no need for additional residential accommodation in this part of Wargrave.”

They spent a month refurbishing the café, including new tables and chairs, before it re-opened.

Mrs Edlind said the latest application came “out of the blue”.

“Obviously we don’t want it to close, nor do the customers,” she said.

Mr Colborne, who used to own a software business in the City of London, bought the premises shortly after the post office closed.

In May 2009, the shops became interior design business Alexander James but this shut in July 2011.

Mr Colborne opened the café in March 2012 but closed it after just 15 months after being told by the borough council that he had to restrict its opening hours following complaints from neighbours about noise.

Mr Colborne, who had a licence to sell alcohol at the café, said not being able to open in the evening made the business unviable.

Before he closed the café, he offered it for sale, saying it had an “enviable” location and was an “ideal lifestyle business”.  He then tried to sell the premises as a single residential property for £575,000.

The council will make a decision on the latest application this month.