Break out the Mr Whippy! It's so ice to be back at the festival 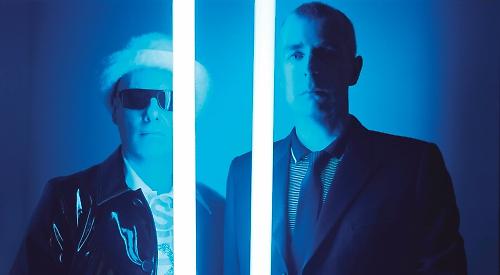 The Crooked Billet pop-up restaurant has been invited back to this year’s Henley Festival. It is our privilege to serve Henley guests at this year’s brilliant event, writes Paul Clerehugh.

As a chef, I can’t wait to check out the foodie competition at Henley Festival 2017 and am delighted that Hassan and Bashir are bringing Henley’s favourite Spice Merchant — cooking up a storm of authentic Indian food.

However, I can barely control my excitement over one festival indulgence I’ve allowed myself. An indulgence I shall relish as much as cooking for Wednesday night’s headline artist, Jess Glynne, watching the Pet Shop Boys, meeting Chaka Khan, Goldie, Mel C and the All Saints.

My indulgence, my guilty pleasure: I love Mr Whippy. Guilty pleasures, and we all have them, you’ll catch me with a spoon in the peanut butter, dancing around the kitchen in my pants to Chaka Khan, or lounging in my bed too long.

But by far my guiltiest indulgence is Mr Whippy ice cream. Nibble off the cone’s end and suck. As a foodie, as a chef, I should be singing the praises of Michelin-starred restaurant ice cream — a silky smooth chefy pistachio or Heston’s bacon and egg ice cream.

Mr Whippy does it for me, however. Posh restaurants would sell more desserts if they squirted a spiral of soft whip on their prune and Armagnac tart, or gave their strudel a blast of Mr Whippy.

So, I’ve bought a soft whip ice cream machine and I’m taking it to my pop-up Crooked Billet restaurant at the Henley Festival.

Lots of other local produce appears on my festival menu — including salt beef, steak, crispy duck, slow roast pulled pork shoulder and award-winning Bix cheese from the Nettlebed dairy — baked Bix in a box with truffle, asparagus soldiers, crostini and crudités, anyone?

Find us right opposite the main festival entrance signposted “Crooked Billet” and surrounded by wheelbarrows and old pianos planted out with cascades of summer flowers.

The stars’ dressing room is part of our restaurant — join us for a glass and hang out with the performers!

The festival’s comedy stage is also just a stone’s throw away from our pop-up.

The Crooked Billet team will greet you and find you a table. Collect your food directly from myself and chefs from our open-plan canteen kitchen. I look forward to welcoming you!

n Paul Clerehugh is chef-patron of the Crooked Billet, Stoke Row, and the London Street Brasserie, Reading. He also hosts the weekly Food on Friday show on BBC Radio Berkshire from 2pm to 3pm. Tune in for recipes, foodie affairs and light-hearted kitchen chat.

PS ONE of my personal highlights of last year’s Henley Festival was when ex-Rolling Stone Mick Taylor and boogie pianist Ben Waters played together, writes Paul Clerehugh. Festival revellers were on their feet, jiving and bopping.

And no wonder — Ben is recognised as one of the world’s supreme boogie piano players, having worked with everyone from the Rolling Stones to Ray Davies, Chuck Berry, Jools Holland, Shakin’ Stevens, PJ Harvey, David Gilmour — and more!

On Wednesday, July 12, there is a chance to see Ben work his magic up close when he and his band return to Henley for a blistering evening of boogie piano at the Crooket Billet in Newlands Lane, Stoke Row.