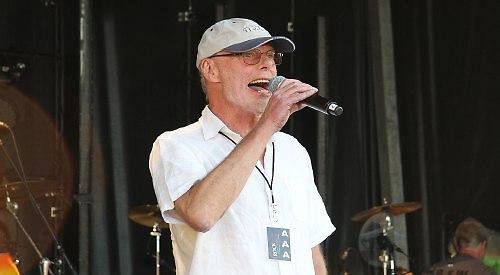 WHISPER it, but veteran Radio 2 DJ Bob Harris has been broadcasting for nigh on half a century, writes Matthew Wilson.

Having started out as a print journalist, including a spell as one of the founding editors of Time Out magazine, Harris joined the BBC in 1970 as the host of Radio 1’s Sounds of the Seventies.

His seven years fronting the show saw his velvety voice and quiet delivery earn him his “Whispering” Bob nickname.

Now diners at the Crooked Billet in Stoke Row will have a chance to hear him in the flesh on Monday, October 21, when he will be celebrating his 50 years in broadcasting with an appearance that also coincides with Country Music Week.

The pub’s chef patron Paul Clerehugh said: “Bob will chat candidly about the ups and downs of his incredible career.

“Bob is happy to take questions from the audience and can share stories of the amazing musical stars featured in his radio shows and on Whistle Test, including working to a production and artist budget of £500 per Whistle Test show.”

Stories members of the audience can expect to hear on the night include how Harris introduced Britain to reggae giant Bob Marley on a 1973 edition of Whistle Test.

Travelling the globe to chronicle the biggest artists of the day, he interviewed John Lennon in New York, Led Zeppelin and Bruce Springsteen in Los Angeles, the Rolling Stones in Munich, the Bee Gees in Miami and the stars of country and western in Nashville.

Somehow, he also found time to accompany the likes of Queen, David Bowie and T Rex on tour.

Not that it has all been plain sailing for the DJ, who was awarded the OBE for services to music broadcasting in 2011.

Mr Clerehugh said: “It hasn’t all been good. Bob’s personal life has been through crisis — he was so ill he nearly died. He won a battle with cancer but has had to completely rebuild his career no less than four times. He’s been bankrupt. But he’s a survivor and a Great British institution.

“Bob’s own excitement about and love of music, his infectious enthusiasm, is a work of art. He champions the unknown, the obscure, the legendary with equal zest and detail. He has stayed the distance — the good times and the others — with character and resistance.”