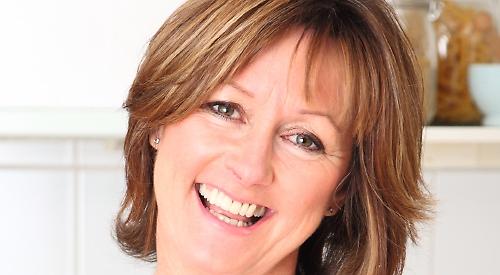 A NUTRITIONIST and food writer who came up with an idea for a business as part of a university project has won a £5,000 prize to make it a reality.

Joy Skipper, 60, from Stoke Row, is in her first year of a two-year sustainability course at Anglia Ruskin University in Cambridge.

She was asked to come up with an idea for a social enterprise and entered herself into the university’s Big Pitch 2020 competition.

She and fellow student Chris Pickard, from Bracknell, pitched Gather and Feed, a website designed to raise public awareness of artisan food and local producers.

A percentage of profits would go to setting up and running community kitchens where volunteers would hold cooking lessons and feed people with surplus food donated from supermarkets.

This was only supposed to be a hypothetical business but now the pair plan to launch it for real later this year.

Miss Skipper said: “I am really excited about it as I love using local food and producers.

“Covid-19 has shown that people are open to change — everyone was shopping in supermarkets and now suddenly they are going to their local shop. I think we need to keep that going and hopefully we can help.”

Miss Skipper has written a number of cookery books and worked with leading chefs, including Gary Rhodes, Michel Roux and Gordon Ramsay.

She normally holds cookery classes at her house but is now doing this online due to the coronavirus pandemic. She also cooks vegetarian meals, which are sold at Stoke Row Stores every Saturday.

She was visiting the Eden Project in Cornwall when she decided she wanted to sign up for the university course.

Miss Skipper said: “There are 15 of us on the course and all the other students are in their twenties apart from me and Chris.

“He is in his late forties and I am the oldest at 60. He works in the airline industry and has no work at the moment. We got on well together. The great thing about winning was the recognition that all the judges thought it was a great idea and Chris and I have been working like crazy since we won because we thought we should get it going as soon as possible.

“We are being thrown in at the deep end because it was just a nice idea in my head but now we need to think it through and neither of us has set up a business before.

“We are getting lots of mentoring from the university but it will be a long learning process.

“I know a lot about the food industry and I would love to start off by using suppliers around here. We want it to feel like a community effort which we grow together.

“We need to make sure we have everything in place but ideally we want to launch it by the autumn.

“It might be a bit ambitious, but it seems crazy not to take this opportunity to focus on it.”