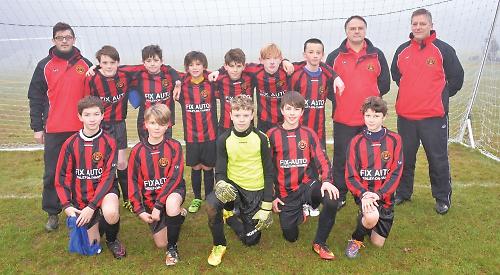 The home side took the lead early after Matt Crook put Georg Gudjohnsen-Mitchell through.

The lead was soon doubled after good work from River Thomas saw Gudjohnsen-Mitchell score his second of the match with a calm finish.

The visitors pulled a goal back before half-time with a good strike form a narrow angle, but there was still time for Crook to score the first of his brace after a flowing team move.

The second half was more of the same, with Henley refusing to concede thanks to some solid and well-organised defending, particularly from man-of-the-match Oliver Broadbent.

Henley were rampant in attack, repeatedly finding on-fire Gudjohnsen-Mitchell who added three more goals in the second half, with Crook adding his second.

The rout was completed by Sam Groom before the final whistle, who neatly lobbed the keeper from outside the box.